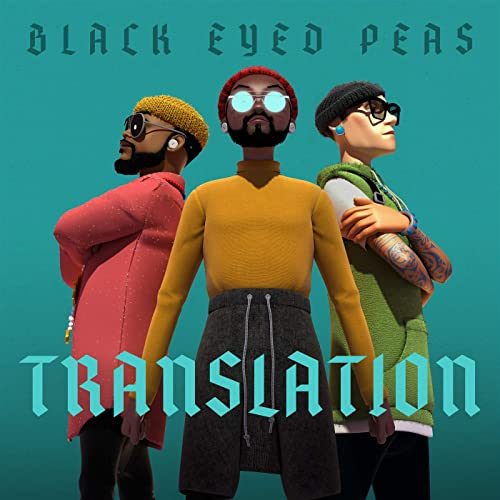 After 25+ years in the industry, the longevity and legacy of the Black Eyed Peas is assured, as is my ambivalence toward their current musical format. In 2003 “Elephunk” showed they were on the cusp of greatness. They pulled off the simultaneous feat of remaining accessible to pop music while also addressing social and political issues reflecting their multicultural makeup. I was suitably impressed. By 2010 the hope I had vested in them had been erased by a series of increasingly mediocre albums, capped off by the absolutely awful album ironically entitled “The Beginning.” It would have been one thing if they had abandoned their core ideals for the sake of maintaining their pop icon status, but it wasn’t even good POP music. Even now I have a hard time reconciling the same artists made both albums.

The “Bad Boys For Life” soundtrack was another reminder that BEP remain firmly ensconced the mainstream. “RITMO” may have been designed to reflect the Miami life of the film, but collaborating with J Balvin gave it the sound perfect not only for the movie but the dancefloor. Unfortunately the pandemic of 2020 has prevented most people so inclined from jamming to the catchy ritmo of the song. The once appealing notion of drinking until your inhibitions melt away and the booming speakers make you sweat the night away now seem like the perfect recipe for a super-spreader disaster.

Perhaps conscious how out of step their party music might sound in light of recent events, the music video for “Feel the Beat” starts out with a message for its viewers. “In these dark times, music will shine bright! The Black Eyed Peas stand in solidarity with all those fighting racism and injustice in all its forms.” Those are noble sentiments, but you won’t find them listening to the song on the “Translation” album, and if you weren’t paying attention for the first ten seconds of the video you’d miss it altogether — the words are printed and not spoken aloud. In fact if you’re listening to the CD “RITMO” blends seamlessly into “Feel the Beat” with no pause to breathe. In other words the message is not in the music. will.i.am, Johnny Goldstein and Mucky are producing club music, and the Peas and guest star Maluma are performing said same. The lyrics offer nothing more substantial than “Baby got a halo/and I can never say no/cause she got a booty like J-Lo.” That also makes the line dated given J-Lo is FIFTY. If the Pea are going to make music with no message, they could at least update their references to relatable pop culture figures for the audience they want to reach.

“Party like no mañana” quips will.i.am, flipping back and forth between English and Spanish interchangeably, saying nothing of substance in either language. The nihilistic outlook of “No Tomorrow” featuring El Alfa is at least in keeping with the coronavirus pandemic and social unrest that will hopefully feel dated when this review ages. BEP may actually be onto something with both the sound and outlook. “Translation” embraces hip-hop’s Hispanic audience in more than a token way. Reggaeton star Nicky Jam is on “Vida Loca.” Colombian pop group Piso 21 is on “Todo Bueno.” Chanteuse Becky G is on “Duro Hard” as is the woman whose hips definitely don’t like (though that too is a dated reference) Shakira on the single “Girl Like Me.” If the future isn’t promised there’s certainly no time like the present to broaden their reach as far as they possibly can.

“Translation” is only the group’s second studio album in the last ten years, marking both a dramatic decline in their output over the long term and a remarkable uptick in the short term, coming two years after their return in 2018. It may be that increasing activity will result in more meaningful music overall, but hearing will.i.am AutoTune the words “I give no fucks or no shits” on “I Woke Up” convinces me this is not the place to find that meaning nor even look for it. Positives — this is nearly a full hour of well produced music. If you want to enjoy the ritmo as an escape from the ills of the world, there are much worse places to look. Negatives — you may find it hard to give as few fucks as they do about anything. Relentlessly preachy music can be just as obnoxious as the relentlessly vapid, but even pop music can offer more substance than this. If this album was a soda, it would be light and bubbly, yet its sugar free nature would make you crave a Mexican soda in a glass bottle instead.