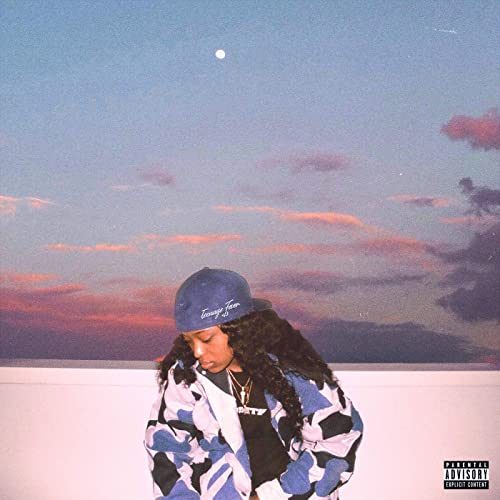 In my youth I heard many derogatory things about rap, some of which are frankly too offensive to repeat in print, but the one I heard most commonly was “rap isn’t music at all.” If pressed to offer a justification of this absurd belief, most people would say that music involves singing or playing an instrument, yet rappers are just talking. The first problem is that this ignores the other hip-hop arts besides emceeing that are part of rap music — beat boxing, deejaying and production — using vocal chords, turntables or sampling and mixing in unquestionably musical ways. The second problem is that a definition of what “music” is comes coded with cultural bias in the exact same way that two people can look at graffiti and see it completely differently. One person sees vandalism, another sees creative expression. What qualifies as art? It’s the eye of the beholder. Music is no different.

In this context I present to you Kaash Paige’s debut studio album “Teenage Fever.” Considering her album to be “rap music” requires me to examine my own cultural bias. I grew up in an era where rappers defined what they did as NOT R&B, often to the hostile degree of calling it “rhythm and bullshit.” Rappers prided themselves on their ability to fire off words with no trace of singing. Their vocal tone, breath control, and emotional delivery of their wordplay was the music they created. Some rappers took you on a journey at magnificent speeds across the universe. Some challenged you to learn more about African-American history and inventors. Some just wanted to make you laugh with funny jokes and creative put downs. For the most part though they were definitely not singing. Rap was its own thing.

Over the last decade the animosity toward singing has steadily faded, as a new generation of artists embraced a different form of “rap music” than the one I know best. It started with more traditional rappers modulating their vocals with AutoTune, then graduated into rappers who sang and rapped interchangeably with or without modulation, and eventually we arrived at the point where rapping and R&B have become interchangeable. Were they really so different though? A lot of the hostility toward R&B from rappers was due to the barriers for entry into traditional outlets. It’s why Chuck D once said “Radio stations, I question their blackness. They call themselves black but we’ll see if they play this.” The prevalent attitude was that R&B was “safe” black music to market but that rap was “dangerous.” It didn’t help that when rappers would collaborate with R&B artists, commercial radio stations would play versions with the rap verses edited out (many still do).

Rap and R&B aren’t real enemies though. “Rhythm and blues” was the rap music of its heyday, with equal amounts of cultural conservatives decrying the messages and the morals, and pundits declaring it wasn’t “music” at all. This is an unfortunately American tendency that goes in cycles. Each time an African-American art form gains traction among audiences outside of its inception, there’s a backlash that follows claiming that impressionable youth will be corrupted. Unintentionally the title of “Teenage Fever” hints at this in its own way. The feeling of invincibility, the tantalizing new access to more adult aspects of life (sex, drinking, smoking, driving), peer pressure and more combine into a feverish state. Music has never been the “super spreader” event for the young, but it has always taken the blame.

“You are now entering the teenage fever. This is where all the teenagers go through a stage of life of being unnatural and not knowing what’s really going on. That means depression, relationships, love, hate, drugs and everything.” Well said Miss Paige. My initial impression was that she’s more singer than rapper, but reflecting on those differences between “safe” and “unsafe” music on FM radio, you wouldn’t have found any R&B singers with as much swearing in their lyrics as her. In attitude and presentation she’s got a natural hip-hop swagger, and her delivery is no different from a tuned up Lil Wayne let alone a post modern “musical” rapper like Post Malone or Travis Scott. She’s cut from their cloth.

For 36 minutes of “Teenage Fever” I pondered whether or not Kaash Paige was a rapper, but on the second listen it no longer mattered. She has an easygoing, frank honesty that shows an emotional maturity far beyond her young years, and if the politics of the music industry don’t ruin her, Miss Paige should hopefully have a long and fruitful career in front of her. Whether she’s a rapper or a singer is ultimately up to her to decide.