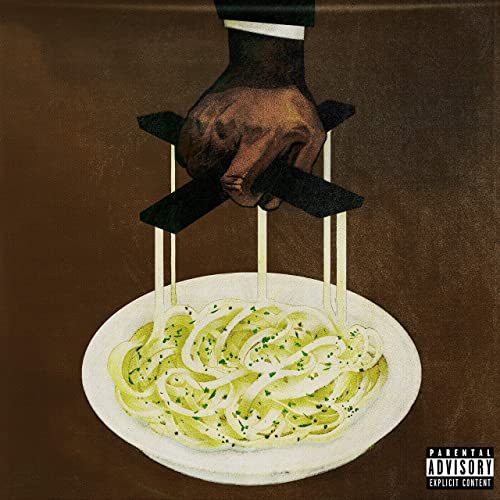 The Alchemist’s untouchable career spans about three-plus decades, and yet, 2020 may be his official tour de force. He’s produced projects for Boldy James, Conway the Machine (very underrated album) and Freddie Gibbs, while also participating in other Griselda records throughout the course of the spring and summer. He’s essentially been the Kenny Beats of this godforsaken year, finding a balance between his far-reaching style and each rapper’s singular niche.

When it comes to an Alc and Gibbs collaborations, reaching feasible harmony is about as difficult as counting from one to five (so yeah, not difficult at all). Their “Fetti” album with Curren$y enjoyed cult status in 2018, as both King Spitta and Mr. Kane turned luxury into Oscar-worthy cinematography. The trio performed like an uncompromising super team, working inside an underground laboratory fit for only the realest of OGs.

On their newest album “Alfredo” both Gibbs and Alc show no signs of allowing the credits to roll. Like always, they’re both intricately baroque in the way they approach a song. “Baby $hit” exemplifies their strengths in classical fashion. Alc’s spacious, syncopating sampling allows breathing room for Freddie’s euphemistic comparisons between internet haters and baby shit. In a nutshell, Kane’s rapping on this song is an amalgamation of what makes him so riveting in the first place. He rides the cavernous synth waves with pinpoint carefulness, spitting every bar with the same sonorous precision as the ones before.

“Doja Cat let me beat from the back-back
Porsche engine, that bitch in the back-back
Louis luggage that sit in the front truck
Uncle threw Forgiato on Dodge trucks”

Much of Alc’s prosperous longevity can be traced back to his symmetrical configurations. He understands scope and capacity better than most producers. On “God is Perfect,” poly-rhythmic piano keys and pensive drum patterns are all that’s needed for Gibbs to cruise, stutter-step, and sprint his way across different drug tales with Colombians, Mexicans, and whoever else wants to enter the “Remote Location” with him.

A glaring similarity between Gibbs and The Alchemist is they’re both always holding the title of “most underrated” from hip hop Twitter. While this may be true to some degree, I think “top five at the moment” is a more fitting proclamation. Everyone praises their work on social media, but is just as quick to dismiss them when naming the best rappers and producers of the past decade. Seriously, have you seen anyone have Freddie or Alc in their top five? Maybe “Alfredo” will make them reconsider.

If the past two years have proven anything, it’s that both artists deserve their flowers as rigorous technicians and game-changing veterans. These attributes are on full display for the entirety of Alfredo, especially when an outsider enters the fold. Rick Ross matches Freddie’s pontification on “Scottie Beam,” while Benny the Butcher exposes fake war stories while telling his own on “Frank Lucas.” The latter features some of Freddie’s best rapping in years. His verse is menacingly opportunistic, and pompously informed.

“Bunny rabbit gang, we robbing shit like Romper Room
Catch an Uber or a Ly-zift, I sent the bri-zick
The Feds wanna turn the witness, I plead the Fi-zith
Been smoking since thirteen, I fried my brain, so I ain’t never stressing”

Even Tyler, the Creator, who’s usually known for ruminating on his dynamic image, instead focuses his attention on a boat he still hasn’t bought yet. When Freddie is around, extravagance fills the air like blunt smoke. His persona is infectious, if not cautiously hedonistic. When paired with Alc’s thorough malaise, the true essence of hip-hop is conquered on “Alfredo.”