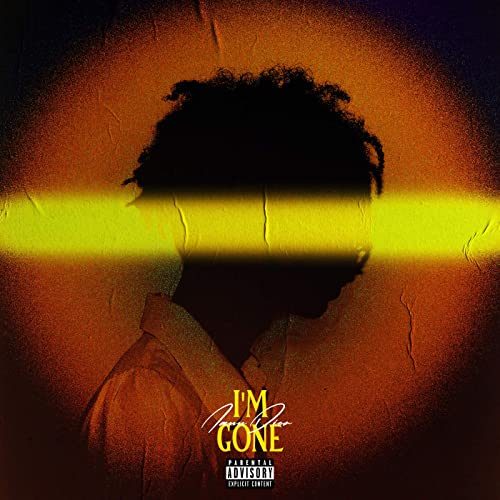 Call me skeptical. “Okay Mr. Skeptical, how are you?” Well I’m fine, but iann dior is gone. Why is he gone? The same reasons as every emo singing rap artist (or more accurately emo singer rapping) you already know. What made me Mr. Skeptical for this review though? Looking up iann dior only to find his claim to fame is “millions of plays on Spotify.” Has the bar officially been set that low? If that’s the only hurdle you have to jump, a whole lot of rappers are about to leap into the game. You can buy followers on socials, you can buy likes on YouTube, I’m sure you can buy millions of plays on Spotify too. By the time you finish reading this review, a dozen new artists with a ghostwritten Wikipedia bio will have “millions of plays on Spotify.”

“I knowwww, this is the life for me, ain’t no one stoppin me.” Mr. Skeptical here, checking in with iann dior, because there’s a few things I’d like to know. First of all sir, why the name iann dior? Were you looking to associate yourself with Christian Dior? That would be clever if your first name was Chris, but according to your bio your real name is Michael. Either way I sense a trademark infringement action coming your way. Lifestyle brands are notoriously litigious, and wealthy ones have the kind of money to scare people into compliance, knowing that even if they’re in the wrong their opponent doesn’t have the resources necessary to fight it.

Here’s my next question for iann dior — if you’d rather “see the world than be chasing a girl” and “always keep it real” then why are you rapping (singing) about being lonely on “Runaway Kid” then? The contradiction is confusing. “I get high sometimes, it gets lonely at night, I just can’t help it, I don’t do it on purpose, nooooo.” Okay. So it’s a mental breakdown then? It seems like you have two choices then — continue to self-medicate for your depression or give therapy and/or prescription medication a try. It doesn’t seem like those are acceptable choices for dior though. On “Good Day” he quips “I’m out of my mind and I can’t take it” then immediately and defensively follows it with “Who are you to tell me who to be?/I be walkin on the moon, off the shrooms and the lean.”

It may seem like I’m being unnecessarily harsh toward Mr. dior, but as your resident Skeptic, I have to point out that “I’m Gone” is only 20 minutes long despite having 10 tracks, which leaves us little to work with and a lot of time to examine it in depth. Having done so I’m entirely unimpressed with the fact that dior got “millions of views on Spotify” and now he’s legit. There’s nothing special about his music or his message. It leaves me feeling numb just to listen to it, which in under half an hour is faster than most of the drugs he’s taking, so that’s an accomplishment I suppose. This is “turn your brain off” music. This is “I’ve already given up before the age of 21” music. This is nihilism without any semblance of entertaining spectacle to it. iann dior doesn’t even have the charisma to go down in a bright ball of flames. He’s got millions of views on Spotify yet is still so unsatisfied that he leans on lean and pops pills for the thrills. That’s not much of a life, nor is “I’m Gone” much of an album. Take a hard pass on this one.