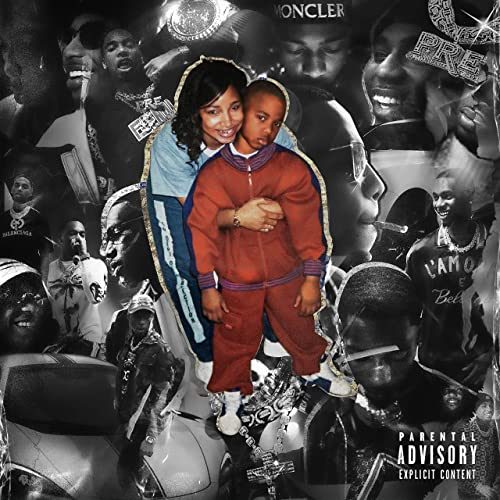 Son of a Gun

Key Glock’s hustle is in overdrive. He released “Yellow Tape” at the end of January and he’s already back with “Son of a Gun” four months later. Given everything that’s happened in the world this year you can’t blame anyone for spending more time producing content. I’ve been writing more reviews than ever before, so I’m sure Markeyvius Cathey is recording more songs than ever too. Working from home is the new hustle, and if you have a studio in the crib, all you need is some beats to show how “Rich Blessed N Savage” you truly are.

“I got dead men in my pocket, this shit gettin scary, yuh (woo)
Big racks on me (racks), I feel like Refrigerator Perry”

Glock is an unapologetic Memphis braggart who carries himself with the knowledge that like the famous NFL player he shouts out, he’s the biggest man in the room anywhere he goes. That same conviction is on “FYTB” (“Fuck You Talkin ‘Bout”) when he says “I had racks on me then, racks on me now/I was strapped back then, still strapped now.” While the rap game has room for every range of personality from shy and timid to bold and assertive, there’s definitely a magnetic appeal to Glock’s self-confidence.

Production is as important as the swagger though, and BandPlay provides some hypnotic notes for Glock to saunter through on tracks like “I Know.” Heavy drums, growling bass, and sound effects like a ringing cell phone punctuate machismo bars like “Money on my mind, not these silly hoes.” I don’t intend to explain the casual misogyny that informs Key Glock’s verses, but he has no regard for envious men either. “I know, I know, I know these niggaz hatin on me/I know that they hatin, so I gotta keep that thang on me.”

BandPlay’s consistency informs this album’s success. The slow strumming guitar of “Gucci Sweatsuit,” the lilting flute of “Flexxxin,” and the hard kicks and eerie synths of “Go Get It” are perfect music for slow riding with the top down. Glock makes sure to inject his regional personality into each song in case you forgot who he was. “South Memphis nigga, I put sugar in my grits.” The funny thing is that the longer I listen to Key rap the more he reminds me of Freddie Gibbs and he’s from Gary, but I guess hard is hard no matter where you hail from. Speaking of hard, credit to Sledgren for understated but hard punching production on tracks like “Cops N Robbers.”

Sled is known for his Taylor Gang work with Wiz Khalifa but he does fine work for Glock on “Kill Switch,” as does King Wonka on “Cream” and Sosa 808 on “One Day.” Even though BandPlay seems to really have Key Glock’s Memphis vibe down the best of everybody he’s working with here, all of the parties involved put in their best effort despite the rapid turnaround time from Glock’s last album to this album.

“Son of a Gun” is a release I can recommend as a rap fan, but I can’t tell you that Key Glock is portraying a lifestyle that should be emulated nor offering any solutions to the problems that plague places like South Memphis. As Charles Barkley famously said when I was young though, “I am not a role model.” If you’re listening to Glock strictly on the entertainment value of a young man who is self-assured about his ability to make money and have sex with many women, he provides that value in ample amounts, and he offers no pretense of being a role model either. Whether or not he’s here for a long time, he’s definitely here for a good time — so long as you don’t make the mistake of crossing him or his family.