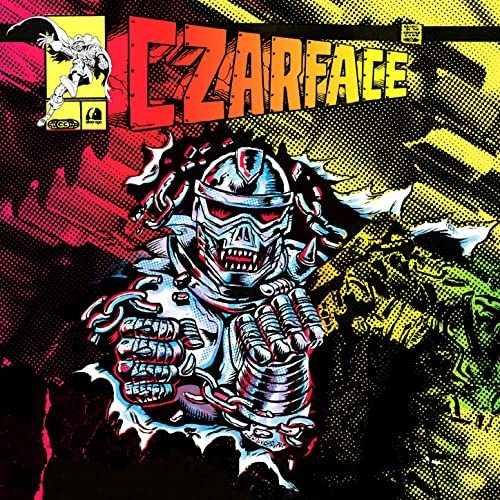 EDITOR’S NOTE: I wrote this review in 2020 before we learned late on New Year’s Eve that Daniel Dumile passed away two months earlier. In light of this news I’ve moved publication up to this week, with my condolences going out to his wife, family, and millions of fans worldwide.

“I miss that old shit/rappers used to be stupid def/now they just stupid and deaf.” – Esoteric

This is not a sequel to “CZARFACE Meets Metal Face.” That collaboration may be a once in a lifetime union of like-minded (and comic-minded) hip-hop heads the world is never blessed to see again. “Man’s Worst Enemy” can instead be considered a supplement to the original, coming less than a month after the supervillain supergroup team up, originally issued as a special edition 7″ record and comic book just in time for Record Store Day. Speaking personally for a moment I’m not sure how I missed out on that given I’m all about RSD and even bought a limited edition Czarface comic book 12″ in 2019. Unfortunately due to the global pandemic RSD was postponed several times in 2020.

Now even though this a piece of hip-hop pop culture I absolutely want in my collection, I’m gonna be real here and say if you already own “CZARFACE Meets Metal Face” and don’t care about comic books you don’t need to have the 7″. In fact even if you were thinking about buying “Man’s Worst Enemy” digitally I’d urge you to consider that purchase carefully. It’s not that you’d be out much money — $3.96 before tax — it’s that there aren’t any lyrical escapades you can get here that DOOM, Esoteric and Deck didn’t already go on in a previous episode. For four dollars you’d be buying 7L’s “Nytime” remix of “Meddle With Metal” and that’s pretty much it.

There’s some wrap-around content to support it, much like the comic book packaged with the 7″ for collectors, like a “Man’s Worst Enemy” theme song and an instrumental called “Antidote (Omega Czar Mix)” but that’s it. Musically you’re not getting a whole lot of bang for the buck so the whole reason to own “Man’s Worst Enemy” is the novelty of having it printed on the same kind of records your parents or grandparents used to buy as a kid for the latest single by Elvis Presley or Chuck Berry plus a limited edition comic. Like I said before had I known about this in 2018 I would have been a fool with money (soon parted) but these days I can’t imagine forking out $20 plus shipping for a comic book and one remix. It’s cool though. If someone gave it to me free I certainly wouldn’t turn it down.