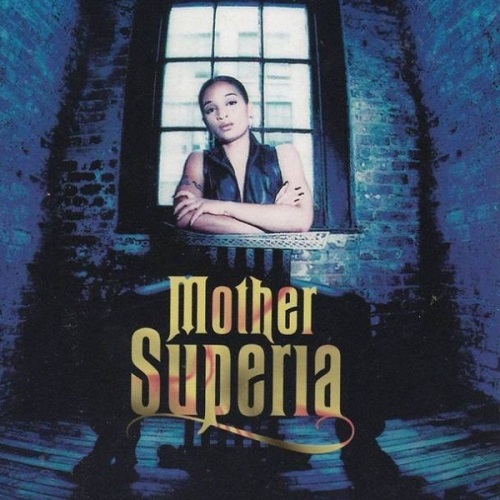 In 1993, Mother Superia was a young artist (20) looking to draw just a little bit of attention to herself and her city “at the bottom of the map” with the single “Roc Bottom”. She signed with Island subsidiary 4th & Broadway in early 1995 and in spring 1997 was able to promote her debut album with an interview on Rap City, a review in The Source, a slot in a gallery of ‘Rap’s Leading Ladies’ on the cover of Right On! (alongside Lauryn Hill, Foxy Brown, Lil Kim, MC Lyte, Yo-Yo and Da Brat), a placement on a Island Black Music promo sampler, a video directed by the Wu-Tang Clan’s GZA and production provided by L.E.S., Redman and KRS-One.

And then – nothing. Album shelved, career over.

There’s been some commotion recently because one of the biggest rap stars on the planet suddenly found out he is in a give-and-take relationship with his record label. For lesser known artists weighing the chances and risks of signing the dotted line is existential, as Superia’s fate demonstrates. She certainly had quite the opposite in mind than sinking into oblivion. “Levitation” was supposed to lift her (and the Miami hip-hop scene) up from the bottom. For the sake of continuity, “Rock Bottom” was included in her debut, slightly revised by its producer DJ Taz, but blaring with the same urgency and the same attitude. She’s engaging in “verbal intercourse with no remorse”, “provokin’ / other MC’s to get open / and get broken / Pack ’em up in my pipe and smoke ’em / demote ’em to the scrotum / And let’s see if his destiny is platinum MC or wanna-be”.

Not leaving it at claims of superiority, the stellar single also considers hitting personal rock bottom:

“Moms goin’ away, HRS picks me up
They give me a doll, a lollypop – like they give a fuck
Dropped me at a group home, give me $15 a month
I had to smoke the boom, so I used it for the blunts
Tired of bein’ broke, so I came up with a scheme for makin’ green
And every other ghetto bastard knows exactly what I mean”

DJ Taz also did “Mother May I”, a posse cut with five male guests, two of which, Mello Ike One and Smooth Sinister Class, were also on the “Roc Botton (Dungeon Mix)” and formed the group Doz Funky Baztardz with Taz. Leveling the testosterone of “Mother May I” was her duet with fellow female First Poet on the L.E.S.-produced “Stick ‘Em”, a relentless verbal sparring that makes good on Momzy’s claim from “Check the Lyrics” to go “all out like Meth Vs. Chef”.

At times however her performance makes her sound like one of the boys. While her voice had a Lauryn Hill lilt when she spoke (see her passenger announcement in the “Intro”), her flow sheds any soulful or playful qualities especially on “Infiltration” and “Most of All” and surpasses the Lady of Rage threshold shooting up all the way to Champ MC levels.

Mother Superia’s background in battle rap was manifest. Most of it was of a typically general nature, but she does take more precise aim (while still remaining vague to outside observers) on “Infiltration”, which spurns out-of-towners who want to claim Miami: “Back in the day they said fuck M-i-a / but now they pro SoFlo Miami niggas all the way”. She wasn’t talking about Will Smith, that’s for sure. And the swift strike “Phuck DKNY” starts out discrediting emceeing misconduct à la “false pretenses over beats / infestin’ hip-hop like that swine meat you eat” but eventually turns towards materialistic female rappers, of which Lil Kim would have been at the center since her name can be tied to DKNY. (The song title itself also alludes to a possible rift between the white fashion brand and the ‘wrong’ class of customers, but that’s another story.)

A young mother, Superia may have had a more mature outlook on life than some of her peers. Lead singles in 1996 (or any other year after 1991, for that matter) didn’t typically begin with lines like “With class and elegance I come to blow your mind with intelligence / So that disrespect to women shit to me is irrelevant” – as “Most of All” did. In regards to attire, she was “puttin’ in work in jeans, khakis or a mini-skirt” because she was “reppin’ women universal”. In fact the second half of “Levitation” concentrates on matters of the heart. The black woman’s lament “My Man” (a short spoken word track) precedes “Black Family”, which discusses the problems that plague the institution. She takes the men to task later in the song (in the shortest of terms – “Be a man for your woman and a father for your child”), but the song’s opening is a not so distant echo of the fears black women have once again articulated in the wake of #BlackLivesMatter:

“Young single black female livin’ in the ’90s
So if I seem hostile, please don’t mind me
It’s just that every day I see that black men are dyin’
I’m cryin’ inside, but my, I be tryin’
to figure out, why it gotta be like this
For every nigga that I miss I have a right to be pissed”

On a more optimistic (but none the less realistic) note, “Set ‘Em Free” is guided by the saying ‘If you love someone, set them free’ and “Revelations” has a spiritual undertone but could also revolve around human relationships.

One review at the time panned “Levitation” for its production. Which wasn’t completely off the mark. And the duds are not limited to the uncredited tracks. Redman’s “Most of All” only faintly recalls his work on “Dare Iz a Darkside” or “Muddy Waters” and the KRS beats (“Where U At?” and “Superia Skillz”) are in the vein of the 1995 Channel Live album and do have some merit but are ultimately underproduced, failing to meet the sonic standards of the era. The more traditional soul/pop/hip-hop production for “Black Family”, “Set ‘Em Free” and “Revelations” (with a possible featuring from Betty Wright) wouldn’t have been an option for an entire album but allows “Levitation” to end on a more hospitable note.

With lyrical boasts abound, “Levitation” was part of a renewed focus on lyricism in hip-hop. She would have fit in the crowd that included the likes of Ras Kass, Black Thought or O.C. – not to mention the subterranean scene around her way.

Mother Superia, by her own account “a veteran of the culture and the streets”, was very conscious of the scene and the business. “Where U At?” and “Check the Lyrics” alone feature plenty of analyses and advice, from “For your dollar bills they got you doin’ cartwheels” to “The underestimation got me steamin’ / I’m fiendin’ to set the record straight: / Miami got more than booty shake”. Sadly she ended up being wrong about her own situation: “Superia be the name and the status, longevity like Gladys”. She did eventually start another musical project called Breakroom a decade later after moving to Atlanta, but by then her ambitions as Mother Superia had long been laid to rest. But between 1993 and 1996, this was a femcee who had her priorities straight (“They want me televised / There’s no need to advertise sex to get a mic-check”), who was willing to take on male competition (“Bring your heavy-duty manpower, I devour”) and whose love for hip-hop was clearly felt. “Levitation” is since available on digital platforms and in 2020 even saw a limited CD release through Back 2 Da Source.