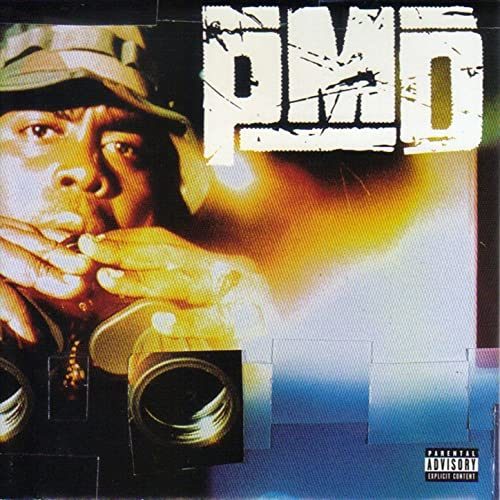 After taking a look at the unfortunate solo debut of Parrish Smith b/k/a PMD, a nagging voice crept into the back of my head that wouldn’t go away. I could hear the words “Yippie yi yay, yippie yo, it’s the slow flow mechanic” over and over again, and each time they made me wince. I tried hard to forget that it ever happened, but there was a second solo album before Smith reunited with Erick Sermon to reform EPMD in 1997. It was called “Business Is Business” and the lead single (which I still have a promo CD of somewhere) was called “Rugged-n-Raw.”

Something else nags me besides PMD’s cornball lyrics in the song. There’s a background element that even WhoSampled can’t help me identify, but it sounds exactly like the singer who intones “they prayyyy… they prayyyy” on Notorious B.I.G.’s “My Downfall.” Like so many things about Biggie’s second record, his accurate prediction of his demise is downright eerie, and any faint resemblance between the two may be a fiction that exists in my brain alone. What is a fact though is that this song and video are the epitome of “try hard.” The song’s hook is lifted from the EPMD classic “Crossover,” the appearance of Das EFX is an attempt to give P more credibility, and (here’s a really weird Biggie coincidence) the whole clip plays out like a funeral complete with a pastor and church service. P was trying to bury Erick six feet underground and then go straight to the sewer from there.

Relying on the past to make you relevant in the present isn’t a mistake. After all it’s what Mario and Mega Man games have done for years, albeit with varying degrees of success, but they always remind you of the core formula and then reinvent it with new elements. “Rugged-n-Raw” at least makes the attempt to do that, while “It’s the Pee” is straight up terrible. Solid Scheme didn’t even try on production, Smith is even more lethargic than usual on the mic, and weak punchlines like “I +Get Cha Opin+ like Buckshot” weren’t even good back then and it literally means nothing if you aren’t familiar with Black Moon. A remix improved things by featuring Prodigy of Mobb Deep (R.I.P.) but it wasn’t on the album so it doesn’t help “Pee” here.

In truth very few things could help “Business Is Business” be better than what it is. It clocks in at just under 45 minutes and still feels like it’s a half hour too long. The album’s title track is not alone in hip-hop’s obsession with Tony Montana, but few songs have ever made you want to turn off an album more and watch Scarface instead. Even the names of the songs seem to be challenging your patience. “Never Watered Down” is exactly that thanks to a mediocre 8-Off beat and unnecessary verse from Nocturnal. Smith tried to present himself as a “Kool Kat” but spends his time bragging about cruising Brooklyn with Das EFX in a Benz and sounds unconvincing. Speaking of Diggity Das, “Wha Cha Gonna Do” when you hear them on another lackluster Solid Scheme production? Go listen to something better.

Trying to find bright spots that shine on “Business Is Business” is an onerous task. A pair of DJ Scratch produced tracks back to back titled “Nuttin’ Move” and “I’m a B-Boy” are about as good as it gets, but even there both songs betray an incredible lack of ideas on P’s part. The former cribs a hook from a classic Rakim verse, while the latter cribs from Sticky Fingaz’ manic performance on “Slam,” and in both cases you’d rather listen to the source material. Keep in mind I said these are the GOOD songs. The only thing I can give an unqualified thumbs up to on the whole CD is the song “Its The Ones,” thanks to a nice track by Fabian Hamilton and a strong M.O.P. guest appearance. It’s far better than either of the album’s singles.

While doing research for this review I read the following words: “The album peaked at 180 on the Billboard Top 200.” I would have said that surprised me, but that would be a lie, because I’m actually surprised it cracked the Top 200 AT ALL. Parrish Smith had two years to figure out the mistakes he made on his first solo album, but instead of correcting course he leaned in hard and GOT WORSE. It’s even more embarrassing in retrospect given that Erick Sermon continued rolling unabated in the wake of EPMD’s dissolution, dropping funky albums and singles consistently while “Pee” was mired in mediocrity. Parrish needed Erick far more than Erick needed Parrish to make dollars.