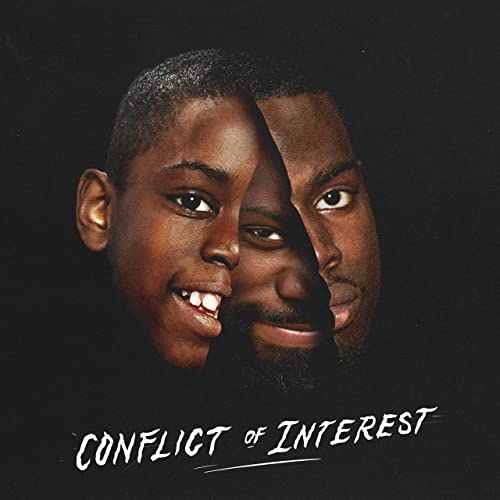 Ghetts is one of the best emcees in the UK and has been for the past decade. This isn’t so much an opinion but a widely held fact, if you know anything about the Grime scene. Those unfamiliar with his work should check out his earlier records – the only one we have covered previously is 2008’s “Freedom of Speech” which for me, felt like an album, but it’s considered a mixtape not dissimilar to his mixtape series “Ghetto Gospel”. Yet 2018’s “Ghetto Gospel: The New Testament” was put out as an album. Still following? Mixtapes and albums have become the same thing over time but it still confuses me, because mixtapes are designed to build hype for an artist or an artist’s album. You jump on a mixtape and drop a hot verse. You kill a popular beat. When you put out so many mixtapes the album loses a sense of purpose. Blurring the lines between mixtapes and albums is therefore a tactic that manages to satiate fans’ constant desire for new music, whilst also reining in expectations.

“Momentum 2” is definitely a mixtape and it is one of Ghetts’ best. It’s a monster chockful of heavy-hitting beats and vicious lyricism, but it’s most definitely a mixtape. The whole point of this bloated rambling is that the new Ghetts album “Conflict of Interest” is definitely an album. It sounds and operates on a different level than previous Ghetts records. This is his arrival to the masses.

Last year’s “Microsoft Word” was a glimpse into Ghetts’ lockdown, filming a visually unique video of him simply conducting trivial activities like playing a games console, shooting pool or rollerskating around his apartment. The song had nothing to do with the popular word processing software, but it represented an artist that has always been here and has been taken for granted (much like Word). Ghetts reminds us he’s been around since when Grime was first born and his album “Conflict of Interest” could have consisted of veteran’s braggadocio and a disdain for younger artists but it often feels like Ghetts 2.0.

The visual flair continues on the single “Mozambique” but it’s the hook from Moonchild Sanelly that shines brightest – something you simply wouldn’t find on a Ghetts record a few years ago.

I never thought I’d hear Ghetts doing Autotune but he’s singing on “10,000 Tears” alongside Ed Sheeran. It’s not Ed’s best work but in a weird way, that’s a good thing. It doesn’t stick out like it was forcibly wedged into the album as radio fodder. And the album can be commended for its sequencing – songs do transition smoothly. By the time “Sonya” is on and Emeli Sande is harmonizing, asking for your empathy, you wonder how we got here so seamlessly!

“IC3” sees Ghetts going back and forth with Skepta as they drop some hard one-liners, often aimed at the UK’s institutional racism. IC3 is the police’s code for “black” and hearing Skepta explain that he turned down his MBE award from the Queen is particularly powerful, as is Ghetts’ “don’t tell me to go back where I came from while the Queen sits there in stolen jewels”. The royal family are a hot topic at the moment but the excessive media coverage of Prince Phillip’s death and the television ratings plummeting only reminds us how out of touch and irrelevant the royal family now is in the UK. Skepta’s not the first to reject honours from the Queen, in fact, the list is almost endless when you look into it.

“Hop Out” is tailor-made for the car with its overbearing bass and you’ll have to hop out in fear that the rattling is a problem with the engine. Stormzy joins Ghetts on “Skengman”, another impressive duet with a catchy hook. I particularly liked when the beat switches up for the third verse as it felt like old Ghetts material that has you screwfacing in the mirror and throwing hands. That’s something that this album perhaps lacks a little but it’s to be expected.

“Conflict of Interest” is a well-crafted record but it’s not without its flaws. Some of the beats aren’t as memorable as they could be. “Proud Family” and “Dead To Me” are solid but lack character while “No Mercy” is almost irritating with its sound effects. “Crud” as well, a suitably tough collaboration with Giggs, is as pedestrian as street production gets.

Ghetts is an emcee that’s maintained a careful grasp of his brand; highly respected amongst peers and fans for an articulate, dexterous style whilst never straying from his unabashedly dark, violent and paranoid lyrics. You can see why “Conflict of Interest” is an apt title; Ghetts is experimenting with styles to try and push through to a wider audience, without sacrificing what built his fanbase to start with. It’s an admirable feat considering many try and fail, or lean too heavily in one direction, and Ghetts succeeds for the most part. At seventy minutes, however, it’s too long and some of the production falls short of the lofty expectations a Ghetts album deserves.