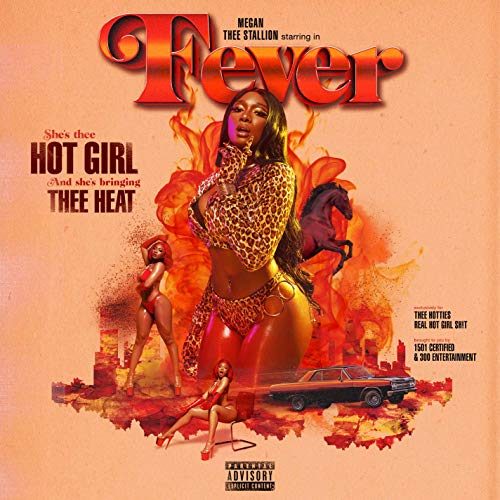 The Billboard Music Awards return on Sunday, May 23rd with a live broadcast on NBC. As you might expect given you’re at RapReviews right now, there are some hip-hop related categories for 2021, and we’re going to take a look today at who the front runners are in said categories. This is by no means an indication of who we actually think deserves to win. I’m going strictly off the list of nominees Billboard themselves chose to participate.

This might be the perfect example of what I’m talking about. Billboard only selected three women as the potential best women in rap for the last twelve months — Cardi B, Megan Thee Stallion, and Saweetie. Where are Che Noir, Nicki Minaj or Rico Nasty just to name a few? I don’t even know what their criteria are when it comes to these things. Despite all of that it’s not surprising that Sports Betting Dime has Megan as a -125 favorite, given she has been the most visible and popular artist of the three in the time span. Only Cardi B is close at +175 with Saweetie an extreme long shot at +1100.

Not surprisingly both Cardi B and Megan are in the running for the best rap song according to Billboard this year. Pulling odds from the exact same source I find that that their “WAP” duet is +185, followed in decreasing order by the following performers and songs:

The overlap between categories continues here with DaBaby’s “Blame It On Baby” a surprising longs hot at +800. Nobody asked for my vote but it’s the only one of the five I could even fathom picking. Here are the contenders.

For me personally it’s depressing that in this category and the last category the two front runners to win are both deceased — Pop Smoke and Juice WRLD. On the other hand you could say that it’s indicative of how popular they remain even after their passing that they could garner so many wins posthumously. Here’s the full list of eligible rappers from the most to the least likely to get the nod.

All of this information is for entertainment purposes only. The bottom line is that I think Billboard could have shown a lot more diversity in their choices selecting and presenting hip-hop artists, but the truth is they are about par with the Grammys when it comes scratching anywhere beneath the surface. As Freddie Gibbs once said though…