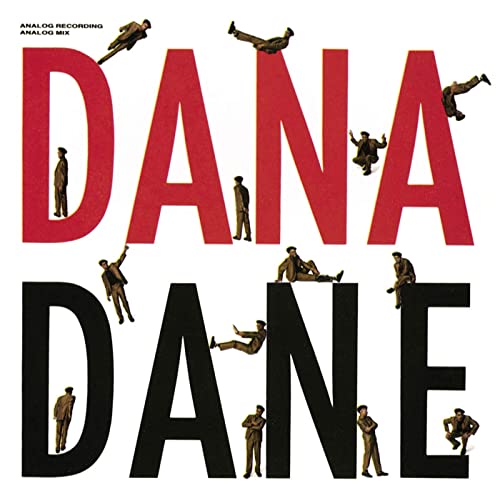 Dana Dane’s success confused me as a kid. I thought he was imitating Slick Rick, but had to admit songs like “This Be the Def Beat” and “Cinderfella Dana Dane” off “Dana Dane with Fame” were dope. In fact “Cinderfella Dana Dane” is the first rap song I remember sampling Brick’s “Dazz.” There are brief snippets of it in The Real Roxanne’s song “Howie’s Teed Off” (produced by Hitman Howie Tee naturally) which came earlier, and Ice Cube arguably used it WAY BETTER in the scathing “No Vaseline,” but for a while Dana Dane’s song was the signature “Dazz” sample in hip-hop.

It wasn’t just my imagination that Dana McLeese b/k/a Dana Dane was imitating MC Ricky D though. Little known to a young “Flash” the two were part of a New York rap group called the Kangol Crew, and although they would go on to greater fame (no pun intended) as solo acts, Dane clearly picked up his faux English accent from Rick and decided to run with it. If you remember him from the 1980’s without ever hearing “Dana Dane with Fame,” it’s because of the crossover success of “Nightmares.”

Rap music didn’t have too many songs dedicated to chills and thrills, ghouls and ghosts, or being scared out of your wits by bad dreams at this point. DJ Jazzy Jeff & The Fresh Prince’s “Nightmare on My Street” wouldn’t come out until a full year AFTER “Nightmares,” so if you absolutely had to have one Halloween appropriate rap song, Dana Dane was your man of the moment. Thanks to a clever riff on The Munsters theme song, the signature way Dane sings the track’s hook, and the compelling tale of woe that he tells, the track has longevity even past the spooky scary skeleton season. I can honestly jam to “Nightmares” or “This Be the Def Beat” at just about any time.

Usually putting on a pair of rose-colored glasses and drinking that nostalgia wine can make a vintage 80’s rapper seem fresher than you remembered. Unfortunately in the case of “Dana Dane with Fame” a few things stand out to me that didn’t back in the day. The album is incredibly short at only 37 minutes long, and the nine tracks are in actuality only eight songs since the opener is a 22 second “dedication.” Four singles were released off this album — all of the tracks we’ve already mentioned along with “Delancey Street.” You might think that’s good news, but the truth is this already short album could have been even SHORTER.

“Love at First Sight” is just miserable. It’s got a cheesy instrumental with Limburger lyrics and some singing that’s just not Gouda. Stretched out like a Binging With Babish cross section on a grilled cheese sandwich, the song is 6:19 long, exceeding only “Delancey Street” and wearing out its welcome long before the end. “We Wanna Party” isn’t much better. The like to dislike ratio is 75% to 25% on YouTube, which means one out of four listeners must hate the song as much as I do. Bless those fine folks.

The only song on “Dana Dane with Fame” worth the time that wasn’t released as a single is the title track, and that largely succeeds because of an “Impeach the President” sample throughout. That’s what really strikes me when revisiting Dana Dane’s album — not just that he was a low rent carbon copy of Slick Rick, but that Rick had naturally better production between his own beats and contributions by The Bomb Squad and Jam Master Jay on “The Great Adventures of Slick Rick.” They may have been in the same crew but Rick Walters was the more talented of the two, and while Hurby Luv Bug is a competent producer “Dana Dane with Fame” is incredibly hit or miss. One album wound up being an all-time hip-hop classic, the other could have been an EP and been a much stronger release. Dana Dane may have though he had the fame, but he could never be like MC Ricky D.