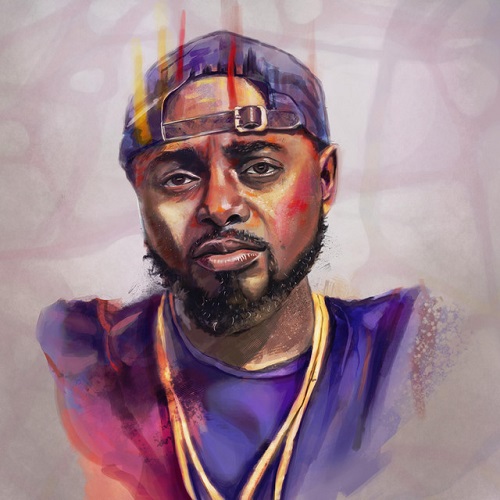 Rochester, NY emcee Azariah recently dropped “Phase II: The Return of Sloppy Smooth” and it’s only now, as I write this review, that I’ve noticed the juxtaposition in the album title. Looking at it in other words, the album is the listener hearing some unkempt suave making a comeback. Azariah has the gutter-gravelly voice of a street corner emcee combined with some pretty fluid production for the most part. The title is split into two such tracks and, aside from a 40-second intro, the former title track is what starts off the album. The album is entirely produced by affiliate Laddie, and the first official song contains 808s and samples of jazz which prevent it from being categorized as trap. Interspersed throughout the album are vocal samples about hip-hop, both about preserving it and lamenting its current state.

“Deadly Combination” shows Azariah displaying his abilities as an emcee, having a facility for multis and spread-out wordplay. There’s a certain determination in Azariah’s flow and lyrics when I hear “Searching for my Soul” while on “Betrayal”, the production takes a more lush, atmospheric turn. Azariah’s flow slows up on this song and reminds me of what Evidence would sound like if he was from New York. On it, Azariah spins a third-person narrative about not misplacing trust. One unexpected surprise was on the intro of the latter title track, “Sloppy Smooth.” Jadakiss makes an appearance and he’s not rapping, but his raspy presence is to co-sign Azariah. Laddie provides the first grimy-sounding beat on the album, with less 808 snares and more bass heavy kick drums and samples. Another recognizable featured emcee is Planet Asia, who appears on the string-heavy “Rest of Them”, joining Azariah to rip opponents on the mic.

He shows a certain vulnerability on “My Endeavors”, which his highlighted by female vocals and somber piano keys, showing his awareness of his limited time on Earth and desire to accomplish all of his goals in the meantime. The piano keys continue with a combination of saxophone horns on “Don’t Worry”. With Queens emcee Tray Ezim, Azariah wages a battle against his inner demons. “Ride” goes back to the album’s customary production, but seems to have a more political component to the lyrics, sampling vocals from activist leaders.

Rounding out the album are the following three tracks: “Put In” features fellow Rochester emcee M.A.V. while the second track, “Can’t Be Buried” contains a sped up vocal sample and Azariah raps, “it’s in my nature: rob or dominate ya”. The production goes full trap on “Without Love” featuring Jae Hussle. Going with the album title, there’s either smooth sloppiness or a sloppy smoothness when it comes to the overall feel of “Phase II: The Return of Sloppy Smooth“. The lyrics don’t deviate much beyond Azariah’s skills or something personal, and the shifting production kind of wavers back and forth in regards to consistency.