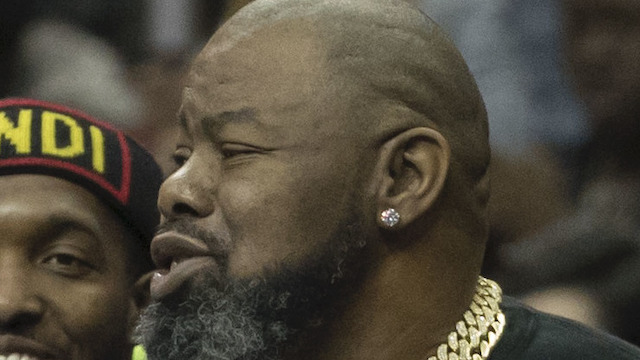 Sadly here we are again marking the passing of another hip hop legend. Marcel Theo Hall, born April 8, 1964, just passed away on July 16, 2021 at 57 years of age. Better known to the hip hop world as Biz Markie, the multi-talented rapper/beatboxer/deejay was an integral member of the Juice Crew in the 1980’s, flanked by rappers like Big Daddy Kane, MC Shan, Kool G Rap, Masta Ace, Roxanne Shanté and producer Marley Marl among others. His signature comedic style on his debut album “Goin’ Off” won him many fans, and for me personally taught me a lot about NYC culture for his references to and parodies of local institutions in song. For example – the rap classic “Nobody Beats the Biz” had a hook that parodied a local electronics store jingle: “Nobody beats the Wiz.” Here are clips of both.

As much as I enjoyed the early works of this Juice Crew stalwart, I have to admit that his breakout moment in pop culture was the release of his single “Just a Friend.” Complete with an over the top music video that featured him caterwauling at the piano while wearing a powdered wig, the clip instantly resonated with the masses and prompted many an inebriated man or woman to croon right along with him. That was part of Biz Markie’s charm — he didn’t pretend to be a great singer, but he made it okay to sing along with him and not be ashamed of your own poor singing ability either.

Unfortunately Biz Markie became famous for another reason — a landmark court case where it was ruled that his label (Warner Bros. Music) had used a sample of Gilbert O’Sullivan’s song “Alone Again (Naturally)” without proper compensation paid to the copyright holder (Grand Upright Music, Limited). The ripple effect has spread far and wide over the past 30 years, requiring “sample clearance” on all major albums, with the appropriate fees paid to the original artists or labels where necessary. Some might argue that it forced producers to be more creative, using more obscure samples or altering them enough to be substantially different from the original, or creating original music from whole cloth for rap songs. Either way it turned something that hadn’t previously been a crime into something rappers had to carefully work around, and it caused the album “I Need a Haircut” to be pulled from stores due to the unauthorized sample. One single did make it out before that withdrawal though: “What Goes Around Comes Around.”

The album was later reissued without “Alone Again (Naturally)” so you can definitely add it to your catalogue now. Personally I’d go back and start with “Goin’ Off” though. Songs like “Vapors” are absolute classics and you can tell by the number of times you’ve heard Biz Markie scratched in the hooks of your other rap favorites. Biz tells stories of his friends (including Big Daddy Kane) who were nobodies growing up, but once the Juice Crew got famous, all the people who wrote them off “caught the vapors” from their success.

To me these are the type of songs that define Biz Markie as a hip hop legend, far above and beyond his one (charming) crossover hit. Rest In Power to Marcel Theo Hall, gone but certainly not forgotten.