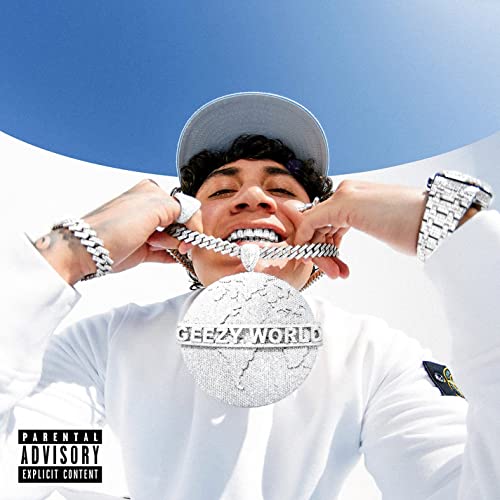 OhGeesy is a member of L.A. rap crew Shoreline Mafia, and like most members of an established group these days, a solo album was inevitable. After dropping mixtapes for a few years Geesy (not to be confused with Jeezy) finally came through with the studio album “GEEZYWORLD” in 2021. Mafia fans may be disappointed to know that there are no cameos from Rob Vicious, Master Kato or the recently departed Fenix Flexin. On the other hand given he’s pulling big name guests like YG on “Big Bad Wolf” they may not give a damn either way.

Even though DaBaby has been the center of controversy since this summer, that didn’t stop OhGeesy from teaming up with him either on “Get Fly.” It certainly hasn’t hurt the success of the single either, as the video is sitting at 13 million views with over 300,000 likes as of writing this review. The truth is that the controversy may have actually helped OhGeesy by putting more of a spotlight on their song together. That’s how pop culture often works.

Putting aside who he works with (or why) on “GEEZYWORLD,” I wanted to get a better feel for who he is as a soloist and pass that information along via this review. Solo tracks like “Secret Service” don’t hold my attention for long though. OhGeesy may not be the homophobe that DaBaby is (“I’m like a dyke in this club with the strap on”) but he’s definitely misogynistic (“I’ve got dick for you and every bitch you cool with”) on the track and in general. His motto on the hook is “It’s money over everything, nigga fuck a bitch” and other than his momma every woman in his life seems to be disposable, replaceable objects built only for his sexual gratification.

Casual careless misogyny may be more the rule than the exception for rising rap stars, but one thing that makes OhGeesy stand out is his delivery, and that’s not for the better. Listening to songs like “PEACHES N CREAM” will give you the feeling his raps could have been sent by telegram — dot dot dot, dash dash dash, dot dot dot. He barely changes his pitch or his cadence while flowing and to say it becomes monotonous is an understatement.

Occasionally a hard hitting Cali bass beat picks up the mood on a song like “They Don’t Know,” but the flow and the relentless woman-hating raps drag the presentation right back now. OhGeesy may think lines like “I’m a-Migos, but I ain’t Quavo” are clever, but they’re just barely pushing beyond mediocre into decent bars, and it’s just not enough. The nicest compliment I can offer Geesy on “GEEZYWORLD” is that he’s a little less obsessed with flashing his wealth and shooting people who try to take it than most hot young rap stars. I said “a little” though, not a lot, and he more than makes up for it by degrading the female gender every chance he gets.