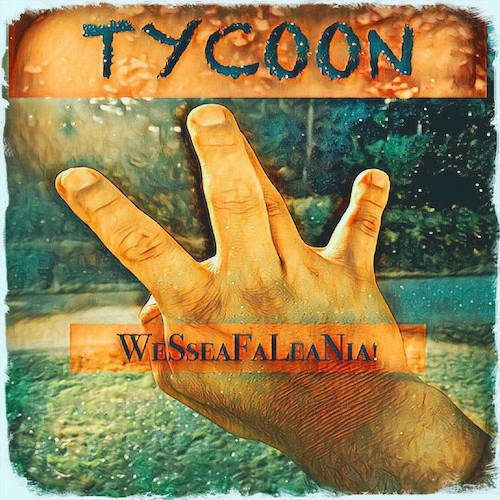 Does anybody remember MIMS? There was a brief period in 2007 where he might have been the hottest rapper in the United States, and it’s no coincidence that his hit single from the time was called “This Is Why I’m Hot.” The song reached No. 1 on the Billboard Hot 100 and No. 2 on the Hot R&B/Hip-Hop chart, ultimately going platinum and establishing BlackOut Movement as (no pun intended) a hot producer in music. Whether you loved or hated the track, it achieved meme levels of stardom in terms of parodies, remixes and imitations. The track was everywhere.

Now listen to the first track of Tycoon’s album “WesSeaFaLeaNia!” and tell me if anything about it sounds familiar.

It’s not a one-to-one match between BlackOut Movement’s track and Tycoon’s, but it would be very hard to deny a similarity in style and arrangement between the two. I received an inquiry from the producer a while ago asking me to check out his work and give him some honest feedback in the form of a review. If that’s what I’m going to do then I have to start with the very first thing I noticed on the very first song I heard. To give Tycoon the benefit of the doubt, “Funky One Time” definitely has its own flair that BlackOut Movement’s track does not. There’s a West coast G-funk strain running through the track that sounds like Dr. Dre in the 1990’s and Roger Troutman/Zapp in general. He may not have ever intended to sound like MIMS’ hit but once you hear it you can’t unhear it.

“WesSeaFaLeaNia!” is a pretty massive album as instrumental releases go. There are 32 tracks in total and the majority of them are over three minutes long, so if you sit down from start to finish that’s over an hour and a half. I have mixed emotions about that. I’ve always been a fan of instrumental albums that let you appreciate a producer’s hard work and vibe to the beats and melodies without focusing on the rapper’s wordplay, breath control, delivery and punchlines. A great emcee can often overshadow a great maestro behind the boards and get all the credit, so it’s nice to turn the tables now and then, but at the end of the day I fell in love with rap music because of the emcees and their oratorical skills. I enjoy the instrumental of a Gang Starr or Pete Rock & CL Smooth album because I fell in love with the interplay between the beats and the rhymes FIRST.

When a producer drops an instrumental album like “WesSeaFaLeaNia!” there’s no prior version with rapping, scratching, beatboxing or all of the above to refer to for comparison. That’s why albums like the legendary J Dilla’s “Donuts” made the wide decision to keep the tracks short — you get the flavor but the taste doesn’t overstay its welcome. Only 11 tracks into Tycoon’s album you’ll start to weary of extended instrumentals that show off his affection for Dre and Premier (both are mentioned in the liner notes) but don’t have Snoop or Guru making those tracks legendary. Incidentally that 11th track is called “Fu*k You I’m Dope” (self-censored by the artist).

I’m not saying Tycoon is wrong about that. He’s got some tracks that would definitely make great rap songs with the right artist. “Get It Out There” has a 50 Cent style “In Da Club” feel someone could really lay into vocally. The aptly named “Death Row Rock” captures that early 1990’s feeling of Dre and throws a little guitar rock spice into it. “I Can’t Help It” may be the most aptly named track. You can tell by both the song and by the length of the album that Tycoon has an inner drive to make more and more beats. He literally can’t help it — he’s compelled to keep on producing instrumentals.

“WesSeaFaLeaNia!” isn’t the easiest review I’ve ever written, particularly since I know the producer who asked for it is someone who told me they are “a fan of the site.” That sets up the possibility of prejudice either for or against Tycoon automatically. Either I’m too hard on him because I don’t want to give him undue love because he’s a fan, or I’m too nice to him because I like the dude and want to see him succeed. Thankfully Tycoon’s album solved my quandary by being exactly what it is — a good demo of a producer who clearly has skill who also needs to reign it in a little bit. There are plenty of good ideas here but both they and the album overstay their welcome by going on too long. I’m also concerned that Tycoon needs to find his own voice as a music maker. When so many of his tracks are so easily comparable to already well known songs, I can appreciate that he loves the classics as much as I do, but I’d like to see him make his OWN classics instead of imitating the greats. There’s a lot to like about Tycoon but he needs to refine his process to reach the next level.