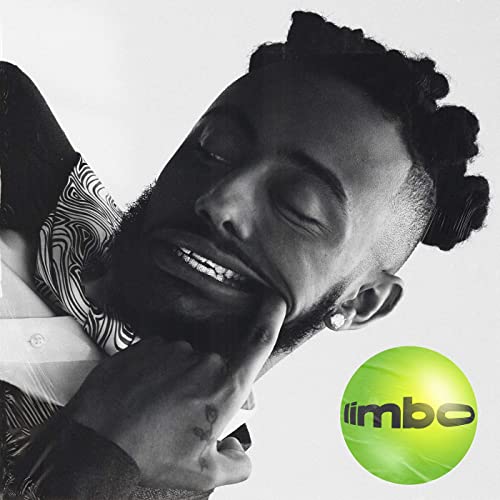 A lot of us were hit hard by the death of Kobe Bryant in January, but it seems like Amine was hit harder than most. Putting aside the fact this interview interlude on “Limbo” uses the word LIKE about once per second, I can appreciate where Mr. Daniel is coming from. He turned 26 after Kobe’s death back in April, and your mid-20’s is a time for reflection even without a traumatic event that would cause you to pivot in a new direction. That was only the earliest of many awful things to happen in 2020, so Amine would have had even more time to sit at home in his new home and think about what kind of statement he wanted to make on his next album.

The Mac Wetha produced “Burden” was a pleasant surprise. Some might say he’s borrowing from Pusha T stylistically, but given where he was coming from on the last album that’s a good rapper for him to emulate. My lyrical expectations for Amine were so low going into his second album that hearing him be thoughtful and introspective over a Kanye West style track was to say the LEAST unexpected.

“Man I’d rather die before I give up
Keep my fuckin foot on they necks and never let up
‘Mark my words’ – my nigga Mark used to say that
That was way before my nigga Yost had the wave cap
And to top it off my best friend had a baby
We 25, I told that nigga, boy you fuckin crazy
Maybe I’m the one who really need the Lord to save me
The last time I went to church was in the fuckin eighties
Can you believe that?”

Obviously the song was recorded before his 26th birthday, and a lot of the material on “Limbo” probably was given the recurring R.I.P. Kobe references. In fact the first single “Shimmy” came out February 26th, and if you watch the video it’s not hard to tell given there are a lot of people in the clip — no social distancing, no masks. At the start he seems to be all alone at a football field out in Portland (where he’s from) but soon enough he’s shoulder to shoulder with four brothers in the back of a pickup, and soon enough he’s packed in even closer with dozens of dudes on delivery bikes. The times have certainly changed, but props for the Ol’ Dirty sample.

My opinion of Amine has too. I vowed to “keep listening until I get it” and with songs like the T-Minus produced “Compensating” featuring Young Thug, I think I do now. He makes it clear on the track that he’s wearing his emotions on the outside, taking a relationship that went South badly, and everything he’s doing (including lashing out at times) is to try to recoup his ego and make the bruises go away — even if it might only be cosmetic.

At first I interpreted Amine’s shallow and often misogynistic raps as a lack of depth on his part, but “looking like wealth” as he says on “Shimmy” can now be viewed as “Compensation” for all the things eating away at him. There’s a growing self-awareness on songs like “Pressure In My Palms” featuring slowthai and Vince Staples. Having multiple guest stars on the track could lead to Amine being overshadowed, but he sets the tone for the song right from the jump.

“This is Britney Spears when she was bald nigga
Punkin niggaz way before there was +Punk’d+ nigga
Smoking Ashton +Kush+, so I calm down nigga
We don’t want to hear your mixtape, my nigga
I fade niggaz like barbers
I got more pressure in my palms than Arthur”

Amine’s cocky attitude is his D-line to protect himself from being tackled for a loss. It also seems like his lyric writing has improved. It doesn’t reach “laugh out loud” levels here, but the Ashton-Kutcher-meets-Mary-Jane made me smile and give him a nod of respect. It doesn’t hurt that Pasque gave him a minimalist beat with a pleasant bassline that gives his swagger a lot of room to breathe. Pasque also produced the single “Riri” which is probably the closest to the “old Amine” to be found on this album. In the end the AutoTune and beat make it sound like a Drake track, so perhaps Amine is a chameleon who is capable of turning into a whole slew of popular rappers.

I don’t think I can overemphasize that I came into “Limbo” with more lowered expectations than a MadTV sketch. When Mr. Daniel explores the implications of fatherhood on “Fetus” and openly questions whether or not it would be a wise decision, my newfound respect for his artistry was suddenly complete. I’m not saying I approve of everything on his debut LP in retrospect, because I still think he made a lot of crass songs fast to make some quick cash, but “Limbo” shows that if he takes his time and works with the right people, the results can be drastically improved. The hidden talent Amine had is hidden no more, and I’m happy to say I won’t be nearly so reluctant to listen to his NEXT album.