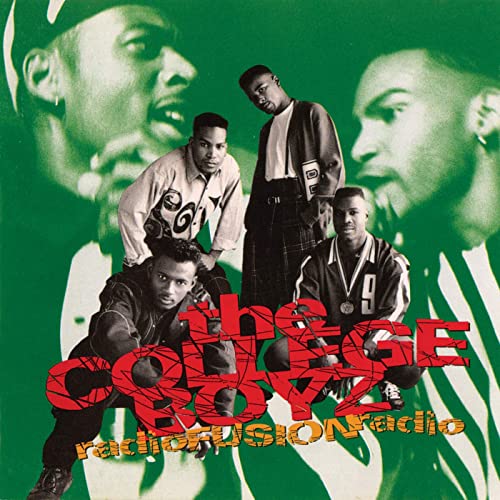 If you remember “Radio Fusion Radio” for one and only one thing, it was the Eddie Kendricks’ sampling, Billboard charting single “Victim of the Ghetto.” It wasn’t the first song to borrow heavily from “The Newness Is Gone” and it definitely wouldn’t be the last.

Who are the College Boyz though? Consisting of R.O.M., Squeak, B. Selector and DJ Cue, the foursome of friends started a rap group under the much less memorable name of RMG before moving to Los Angeles to pursue their dreams of rap stardom. It didn’t take long before the re-styled College Boyz started to pick up the sound and style of N.W.A, a transformation that slaps you across the face with its brazenness on “Politics of a Gangsta.”

I don’t think I can understate the point from the previous paragraph about this track. The drum beats, the exaggerated staccato delivery, the samples, hell it even has “Gangsta Gangsta” clips on the hook. It doesn’t seem like the College Boyz were well defined before they arrived in the West coast Mecca of 1990’s rap, so on one track after another they morph into whatever sound they liked at that moment. If “Politics of a Gangsta” was N.W.A., “Underground Blues” is a mixture of Compton’s Most Wanted and Ice-T.

Ripping off the successful acts of the day does have its advantages. Thanks to largely competent rapping and production that relied on familiar riffs, “Radio Fusion Radio” has the sound of a “lost media” album from a better remembered rap group whose LP got shelved. The major thing that sets them apart from their contemporaries are a series of skits that reference the fictional radio station that loosely ties the album together. They’re trying very hard to be funny or entertaining, but they’re very unnecessary.

After their follow up to “Radio Fusion Radio” fizzled, the College Boyz disbanded and Romany “R.O.M.” Malco Jr. would take advantage of his proximity to Hollywood to launch a successful acting career. In fact he currently has a starring role on the hit ABC series A Million Little Things, which I will go ahead and guarantee will be better known or remembered than anything on his debut rap album. Still I can’t help but be charmed by songs like “How to Act,” a dead ringer for an Ice Cube rap track from the exact same era.

The raps are occasionally memorable, if only for being so sincere in their gangster swagger they cross over into being silly. “You know I can’t stand coffee/So wake the hell up and get a sniff of this 40.” Word? Well I guess they ARE College Boyz, so I can’t say there weren’t a few college days started with pouring a cold beer over dry cereal when I didn’t have any milk (or was trying in vain to cure a hangover). If “Radio Fusion Radio” didn’t make them rap superstars it’s not necessarily for lack of talent, it’s more so for lack of originality. It comes across like an executive at Virgin Records programmed them to walk, talk, and sound like every popular West coast rap act, so they never developed an identity all their own. At least it was good practice for Malco learning how to portray roles for an audience.