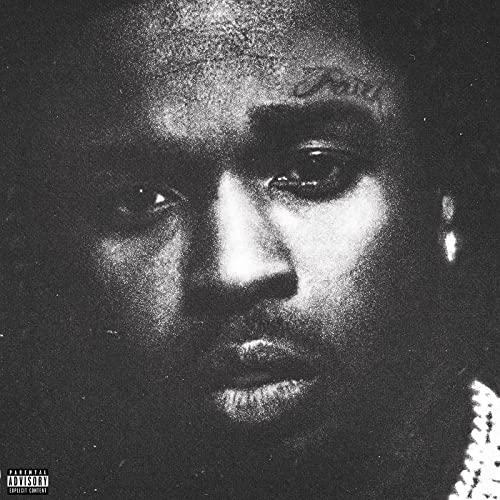 It’s hard for me to not find it depressing that Pop Smoke is better known and sells more records posthumously than he ever did while he was alive. I supposed it’s true what a fellow famous Brooklynite said back in the 90’s: “You’re nobody ’til somebody kills you.” I’d rather Bashar Barakah Jackson had gotten to enjoy the fruits of his labors while alive. What good does it do for him to be Billboard’s Top New Artist for 2021 when he’s six feet under? Where are all the royalties from “Shoot for the Stars, Aim for the Moon” or “Faith” even going? The record label is loving it, but Jackson didn’t leave behind any progeny to inherit his windfall. Honestly, it’s all sickening. It feels like we’re parading around his reanimated corpse for whoever it benefits, and the beneficiary definitely isn’t him.

By writing this review of “Faith” I’m just as guilty of benefiting from this macabre dance as anyone else. “Morbid fascination” is the only way to describe how public interest goes up in deceased rappers. Perhaps it’s because someone who is no longer here is less complicated to the target audience. You never have to stop and consider what legal drama they might get into or stupid statements they might make to derail their career. Death becomes its own preservative, securing a perfect impression of an artist at their demise, leaving only what they had made up to that point to be considered. Considering that Pop Smoke was never as prolific as the late Tupac Shakur, it’s amazing just how much material he left behind dipped in formaldehyde to be recycled onto future releases.

It’s even more astonishing that the deluxe version of “Faith” is over 86 minutes long. Then again it may make perfect sense when you consider the equally astonishing list of guest stars. If you already checked out the clips embedded above then you know “Tell the Vision” features Kanye West and Pusha T while “Manslaughter” features Rick Ross and The-Dream. It only gets deeper from there. The Neptunes produce and Pharrell features on “Spoiled” and “Top Shotta,” the latter of which includes Pusha T, Beam and Travi. “Genius” has Lil Tjay and Swae Lee. “Back Door” has Kodak Black and Quavo while “What’s Crackin'” features Takeoff. Genuinely solo Pop Smoke tracks like the Rico Beats produced “Coupe” tend to be the exception.

I think it’s the appearance of Dua Lipa on “Demeanor” that surprised me the most. I’m not saying Pop Smoke wouldn’t have become this big of a star if he was still with us today (he was well on his way) or that these kind of musical collaborations wouldn’t have happened, but it sure is convenient after the fact isn’t it? Dru Decaro and his co-producers can take the lump of clay they had sitting in front of them, shape it any way they want, and we have to accept that it was Jackson’s artistic vision with no way to substantiate that doing a track like this was ever his intention. It’s a certified hit though — the video only debuted a few days before this review and has quickly racked up millions of views.

The most genuine moment for me (or at least the one I doubt the least) is the appearance of Pop Smoke’s brother Obasi Jackson on “Bad Boys.” Oddly though this track is a bonus for the deluxe edition, so if you don’t shell out the extra cheddar for it, you won’t get to hear the one song that the Jackson family probably appreciates the most. They’d rather have Bashar back but hearing these siblings do a track together has to be a source of comfort.

As you’ve no doubt gleaned by now from the review “Faith” makes me uncomfortable for a variety of reasons, not the least of which is that it’s too slick and polished for a posthumous album. We’ve already reached the point in pop culture where a hologram of Whitney Houston or Tupac can “perform” their hits in concert, and where deepfakes can simulate the voices of Anthony Bourdain or Robin Williams to be confused for the men themselves. It’s going to be increasingly hard in the decades to come to tell what an artist’s vision was after their death, and if we’re ready to reach into tinfoil hat territory, it wouldn’t seem implausible for a label to have a rapper whacked and then keep releasing “new albums” they never recorded with an endless slew of producers and lifelike computer simulated imitators. As good as this album might be, let’s stop first and consider the implications of what a “Life After Death” means for a 21st century rapper. Even their reviews could someday be written by AI and you’d never know.