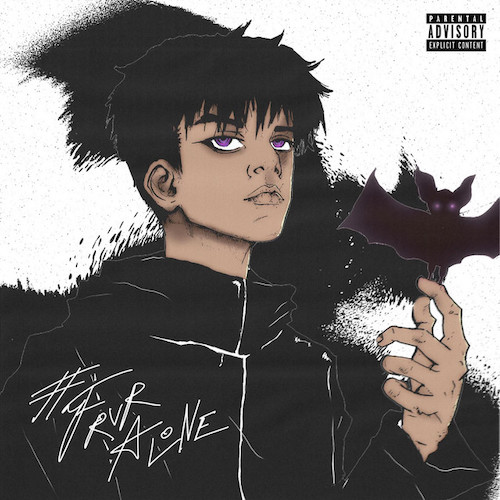 Right now the only places I know of that you can listen to Yung Fazo’s “#frvalone” at are Spotify and YouTube. I haven’t found any digital or physical distributors for this short release, and in fact even finding information about Fazo himself isn’t easy. He has a Twitter and an Instagram as you’d expect any “young” rapper to have, but there’s no Wikipedia bio for him or official Yung Fazo website to go to. Thanks to his social media though I found this interview that revealed (1.) he’s from New York (2.) he used to go by Lil Faze and (3.) he built his fan base on TikTok.

If there’s a “TikTok type” of rapper, Fazo fits the bill. He’s the New York, East coast version of an AutoTune ATL emcee, singing and spitting triple couplets over big bottom bass and syrupy melodies — he even chops and screws the end of “Enemies” to emphasize that point. This is exactly the kind of music you’d expect from 10-15 second long vertical videos where equally young people are showing off their dance moves and funny pets. Fazo is of this demographic and is making music for this demographic. He was only 16 when OGM interviewed him in 2019, so even if he turned 17 that year he couldn’t be older than 19 now. He’s definitely still “Yung.”

“Laugh2theBank” is my favorite of these tracks, even though he’s offering the most generic AutoTune platitudes like “all my hoes are super bad.” Good for you Faze, but it’s the music that caught my attention here, with a heavily synthesized sound that could come straight out of a Yamaha keyboard or an old school video game. Yung Fazo is definitely more about style than substance, as proven by “Rio” featuring BabySantana. This could just as well be a Juice WRLD or Swae Lee track. It mimics them and originates nothing.

When Yung Fazo vows to “Let Loose” it must have been all of the phasers and photon torpedoes of the Enterprise, because it sounds like all hell has broken loose in the Neutral Zone. It’s so distracting that you can’t even focus on anything that Yung Fazo is saying until the music drops out, at which point he sings that he’s “got a little buzz” and I 100% believe that’s true since I’m here covering his album.

The bottom line on “#fvralone” is that it’s somewhere between “meh” and “eh.” Fazo fits comfortably into the groove he’s found, neither adding nor subtracting from anything else in the trap singing genre, essentially becoming the perfect background music for people to do other things to. You could put this on while cooking or doing laundry and it’d be fine. It’s not memorable and it’s not meant to be.