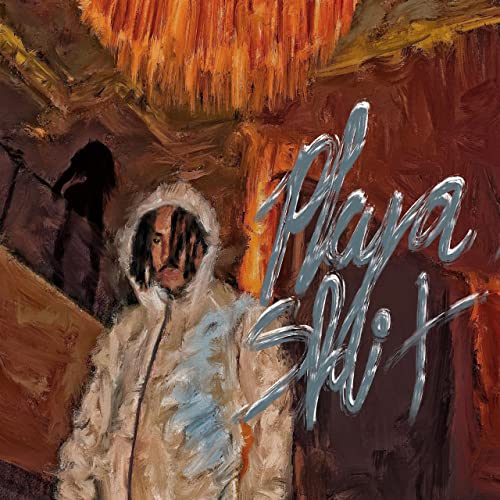 “She don’t even know my name, but she think I’m playa.”

Despite his nom de plume ATL Smook is from North Carolina. In fact he used to be called Carolina Smook before he relocated to Atlanta, so one might reasonably conclude if he moved to Houston he’d be H-Town Smook and if he moved to Oakland he’d be Bay Area Smook. Under his old name he made his reputation as a producer, providing beats for the likes of Lil B and 10KDunkin among others. He had aspirations to be a star himself so Smook didn’t remain hidden behind the boards for long. You might have seen his “Cook Out” video a few weeks ago, although that song isn’t included on his latest album “Playa Shit.”

Regular readers of RR might have gleaned that AutoTune isn’t my favorite thing in the world (no shit Flash) but this song was cool. I was hoping for more of this vibe on his new release but on songs like “Glocky” he’s flowing so fast his own beats can’t keep up. When you’re pitch correcting your vocals, you probably don’t want to outrun the beat, but that’s his decision and he stuck to it. I’ll give him credit for one thing though and that’s that he doesn’t over-modulate it to the point I can’t understand him, even though punchlines like “I’m in L.A. ballin bitch I feel like Kobe” and “I been kickin shit like a fuckin goalie” don’t require close inspection.

Have you ever wondered why so many of this generation’s artists are self-centered? “No I do not need no goons, I slide by myself” quips Smook on “No Keys.” The weird part is he contradicts himself a few bars later when he turns the AutoTune up to IceJJFish levels and quips “I got some goons with me.” Which is it Smook? Are you so hard you don’t need anyone else, or are you so large you got a whole posse to help? I suppose like being both a rapper and a producer, Smook is trying to have it both ways.

Over the course of “Playa Shit” it becomes fairly evident how Carolina Smook first made his reputation with Lil B. Tracks like “Playa” and “No Reason” sound like Based God songs — simple synth loops and big bass (particularly the latter). They’re decent to listen to in short bursts, but become monotonous over time, particularly when dragged out to the length B’s albums often are. Thankfully Smook’s album is only ten songs and the longest of them is 2:38, with 70% being 2:06 or less. It goes by quick.

In the end I may be damning ATL Smook with faint praise. He’s doing things that worked well for other people he worked with, but he’s not bringing anything new to it as a soloist in the spotlight. The sound of “Playa Shit” is what’s popping on the commercial side of hip hop and has been for a while, but that scene has become so crowded that Smook’s music blends into it instead of standing out. The nicest thing I can say is that he’s no more or less narcissistic, misogynistic, pilled up and pitch shifted than any of his contemporaries. He’ll do fine on his own, but he won’t change the game.