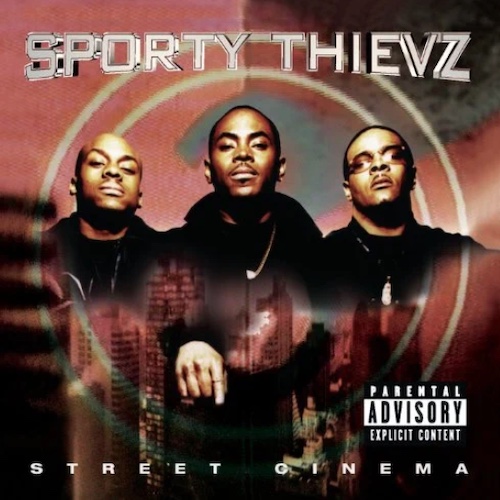 “Uh-oh! Cause I don’t want no pigeons
Them be them girls who get no dubs from me
Playing the bar dumb broke with her best friend’s coat
Trying to holla at me!”

To understand the Sporty Thievz you need to know about “No Scrubs.” The TLC single produced by Kevin “She’kspere” Briggs among others was a smash hit for the R&B/hip-hop trio, spending four weeks at No. 1 on the Billboard Hot 100 and being ranked No. 2 in the top 100 singles for 1999 by said same. The track itself featured T-Boz, Left Eye and Chilli making fun of broke dudes for hitting on them — implying accidentally or on purpose that material wealth is more important than personality and intelligence. Even though it’s a lighthearted pop song not meant to be taken that seriously, the messaging certainly ruffled some feathers (pun intended) and provoked the rap trio of King Kirk, Big Dubez and Marlon Brando to record a rebuttal.

This wasn’t far to stretch for the group. Their Ski produced debut “Cheapskate (You Ain’t Getting Nada)” was equally monetarily focused. The rappers professed over the sing-song hook that the women in their lives weren’t getting any money from them, although that was largely due to them having none. It’s as comedic as “No Pigeons” but not a parody in any way — just some down on their luck brothers who can’t afford to be spending the Benjamins they’re not all about. Quoth Marlon Brando:

“Pass dummies, how’s it gonna be if I’m on E?
If I run out, then more than likely, it’s on me
So I’m gone B, and if I ever win the sweepstakes
I keep papes and still live up to being a cheapskate”

As far as I can tell “Cheapskates” was the actual plan for the Sporty Thievz while “No Pigeons” was a happy accident that blew up even bigger than their official debut. Odds are that if you remember the group or their “Street Cinema” album, “No Pigeons” is the reason why. They deserve far better than that. The aforementioned Ski was already a producing legend, having made his mark with Original Flavor before going on to lace some of the best tracks on Jay-Z’s debut. Songs like the Kirk and Ski co-produced “Angel” are dope af. The song manages to sound both spiritual and ominous at the same time, and the harrowing tales the rappers spit fit perfectly.

That’s not a one off in any way. In fact from the first track after the intro entitled “The Spot,” you know Ski is bringing both barrels and hitting the bullseye repeatedly. His menacing sound gives me the same energy as Jay-Z’s “22 Two’s” and that’s definitely not a coincidence. Ski also shows the same pop sensibility he did on “Feelin’ It” though by looping “Here Comes the Rain Again” by Eurythmics. I WISH this had been released as a single. If they could afford the sample clearance to put it on the album, they shouldn’t have wasted the cheddar spent on it, especially given their “Cheapskate” reputation. Whatever. I still love the track to the present day.

You’ll notice that there are skits before or after most of the tracks on “Street Cinema,” and that’s because the group is living up to the album’s title in a pleasant way. Rap album skits range from funny to annoying to totally unnecessary masturbatory exercises. For the Sporty Thievz they are very much part of the story though, as the entire album is presented like a theatrical motion picture. The only strange thing about this is “No Pigeons” being tacked on at the very end, which again suggests to me that it was never part of the plan and had to be included once the song went viral — or whatever the equivalent of going viral in the late 1990’s was.

There are only two guest appearances on the whole album — Peter Gunz (yes of Lord Tariq & Peter Gunz fame) on “Ready,” and Tragedy Khadafi on “Raw Footage.” That’s good! There’s a very NYC vibe to the whole album and the lone guests add to it rather than subtract from it, leaving the rest of the presentation to rest on the laurels of the Thievz themselves. Marlon Brando (a/k/a Robin Hood) was my favorite out of the group and still is, which makes it all the more tragic that he was killed by a drunk driver at only 22 years old. Whether as a member of the group or as a solo artist, Brando had a very bright future in front of him, and he was cut down WAY too young.

Around the time of his death things seemed to go awry for the group. There’s a second album I’ve never seen or heard and only know of by reputation. I have to assume it exists because there’s a record of it, but Stealberg Records seems to have been their own imprint made solely to put it out when they were dropped by Columbia Records. That’s conjecture to be sure, but the evidence is that they haven’t released anything since 2002, and everything they did release up to that point was a Thievz joint. Maybe they would have continued down that road had Brando not died, but (this is also conjecture) I suspect his death took the heart out of the group so they decided to call it a day. They made a strong impression during their short stint though and I’d call “Street Cinema” an unqualified hidden gem.