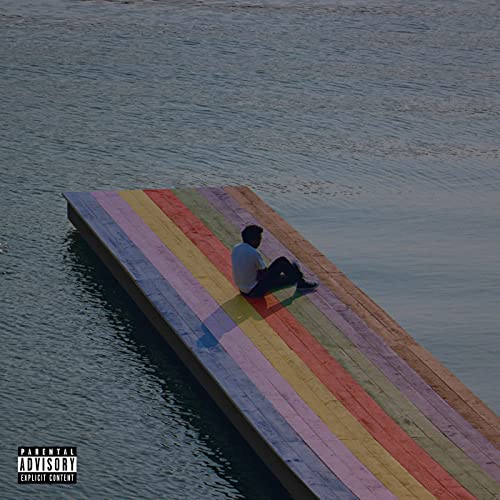 It should come as no surprise that Baby Keem’s duet with Travis Scott “durag activity” is included on his debut album “The Melodic Blue.” This was the song and video that propelled Keem to national recognition back in April, and the clip advertising sits on 11 million views as of this review.

Brick’s track for the two-some is catchy in a very minimalistic way. Without the bass and the rim shots there wouldn’t be much to it, but it’s that very simplicity that makes the repeated chorus featuring the song’s title stand out. It didn’t take long for Keem to capitalize on this success by dropping “family ties” with Kendrick Lamar, which has eight million MORE views despite only coming out last month. That’s the kind of clout a co-sign from Mr. Lamar currently carries in the rap world.

So who is Keem beyond these high profile collaborations? We finally get a sense of that with “first order of business” in a self-styled interview that opens the video, where Keem happily notes the first thing he did when he tasted success was to buy his grandmother a home. I wouldn’t be shocked to find out that she raised him and/or was his role model growing up, but even if that’s not why he did it, that’s still an incredibly generous/classy thing to do. Of course the cynic in me wants to note he could SAY he did that to make himself look good without ACTUALLY doing it, but in this case I’m going to give him the benefit of the doubt and believe it.

“First order of business dog I gotta shake the toxic/All this back and forth is weighing heavy on my conscience.” These kind of values suggest that Keem is thinking not just about succeeding in the present but building for the future, which suggests that he’s taking some good advice from his friend Mr. Lamar as he makes his come up. He’s also spending as much time behind the boards as in front of it, producing tracks like the melodic and thoughtful “lost souls.” Well, ALMOST thoughtful. Throwing around the word “bitch” casually is probably unnecessary, but at least he’s thinking about forming a relationship with a dependable woman and not just having another one night stand.

Baby Keem ends up walking a careful line between being mature and TOO mature throughout the album as a result. Every now and then he’s got to say something like “the pussy’s good” to imply he’s only out for one thing, even though he says “you need a real nigga in your life” on the hook. “scars” may be a better example then, another track which he co-produced, as he begs God to explain to him why “this life you gave so hard” and doesn’t get a satisfactory answer.

Even though the aptly named Baby Keem seemed to spring forth full born with “The Melodic Blue” at only 20 years old, Keem manages to be both playfully impish and mature beyond his years at the same time. It only seems that way though if you don’t know Keem has known Kendrick Lamar for more than a minute, working behind the scenes on the Black Panther soundtrack and other projects. That’s given him a chance to mature in his craft without simultaneously having to deal with the brightest spotlight on him possible, so this album has given him his first full length mainstream exposure at exactly the right moment in time.