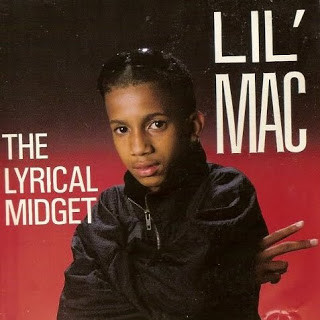 The term “cringe” didn’t exist in 1990, but if I had heard Lil’ Mac’s “I Need Wheels” back then, that would have been my reaction with or without the shorthand description. Even now my facial reaction to this song was like biting into a sour lemon while simultaneously smelling vomit. I’ve heard many attempts to remake LL Cool J’s “I Need Love” over the years, but Mac’s “I Need Wheels” is to date THE ABSOLUTE DIRT WORST of the bunch.

If you weren’t around for the early 90’s, prominent labels went out of their way to have increasingly younger rap artists make albums. It wasn’t even a thinly veiled attempt to tone down hardcore rap music to sell it to teens (or more likely pre-teens). There was no veil to it at all. Any time it actually worked to even a small degree, it was thanks to clever production and even a slight modicum of actual rap talent. Unfortunately that just led more record label executives to thing that so long as they could find a marketable kid or group of kids, they could put them with a hot producer and it would instantly work. That led to fly by night operations like the obscure Yo Records trying to cash in too with albums like “The Lyrical Midget.”

There’s no one thing that makes Lil’ Mac corny — it’s EVERYTHING. The curse free raps, the uninspired instrumentals, the pre pubescent voice, and bars like “Rhymes and lines comin straight from the ghetto/but yo… listen to the groovy mellow.” Mac, what the FUCK does that even mean? There’s no such thing as a “groovy mellow” let alone “Groovie Mellow” as spelled on your album. It doesn’t get any better when the label forces him to make a house song with the name “Disco Jam.” Disco hadn’t been dead long enough to make retro nostalgia for it a thing. Somebody should have told them. “The dope lines give you a natural high.” No Mac. They don’t.

There’s a horrible coincidence to this album having a song called “Your Days Are Over.” As a fully grown adult, the no longer “Midget” Mac would sign with No Limit Records. Before he could become the breakout star they hoped he would be, Mac was involved in a nightclub shooting that left one man dead and the young Mr. Phipps facing a murder charge. Although he steadfastly maintained his innocence the entire time, he was convicted and spent the next 20 years in prison. He was paroled in June of this year.

I’m not enough of a legal expert to say whether or not Mac deserved his sentence, but I do agree with Killer Mike about one thing — criminal prosecutions should not be allowed to use rap lyrics as evidence. The fiction rappers portray on albums and their real life acts good or bad are not one and the same. If you’re going to try someone for murder, have a better case than “He bragged about killing people on his album, so OF COURSE he did it.” That would be like saying Alec Baldwin once shot someone in a movie, so OF COURSE he meant to fire a lethal shot at someone in real life. Prosecutions based on music alone have a chilling effect on free speech.

If rap lyrics could be used as evidence “The Lyrical Midget” would certainly be helpful in his defense. There’s nothing about wick wick whack songs like “Cleo” that paint the image of Mac being a murderer. In fact Mac outright says he was so scared about being arrested by the cops “I nearly urined on myself.” Awkward phrasing aside (“I almost pissed myself” would have sufficed) there’s nothing gangster about this kid. Lil’ Mac isn’t hardcore. I’m not sure he’s even core. If he was wrongfully tried and convicted it’s a travesty of justice, but on the charge of being a lyrical midget I find him guilty on all counts — guilty of being a terrible rapper, guilty of being used by a record label to cash in on a trend, and guilty of “cringe” worthy songs.