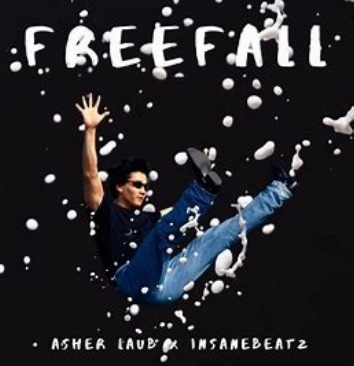 Violinist Asher Laub began life as a musician at the tender age of 2; by 13, he had already performed with the Buffalo Philharmonic Orchestra. The talented musician has gradually earned rave reviews with his breakdancing performances with his LED violin, performing at notable venues such as Madison Square Garden, Hammerstein Hall, Lincoln Center, The Jacob Javitz Center, and four other continents. Laub combines beautiful and tender music with his violin.

“Freefall” is one of Laub’s singles, produced by European-based producer Insane Beatz. The track begins with the haunting resonance of the piano that segues into the recognizable sounds of Laub’s violin. Each tender stroke reverberates within the ear against the backdrop of a high-top clap. The sounds of this effect, combined with the hip-hop beats, allow the violin to create an ethereal and haunting sound. This tells the story of Laub’s pain through music without needing words to relay his grief.

Laub has earned positive reviews for this track by websites such as Digital Journal and TheArkofMusic.com and is a much-loved track by many listeners. It has received over 27,000 listens on Spotify. It has been published via other online platforms, such as Apple Music, Amazon, and Facebook.

Stream “Freefall” here and explore Laub and his discography via the links below.