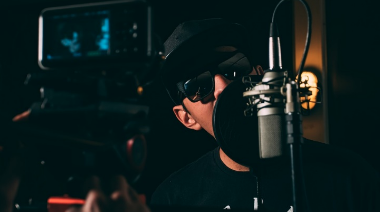 The History of Rap Music

It is hard not to see the appeal of rap music – its catchy beats, tongue-twisting lyrics and relatability are loved by many and it is hard to find another genre that provides the same level of excitement. Of course, rap is not everyone’s cup of tea and it has had its fair share of controversy. This normally comes when talking about gangster rap, which is only a small subsection of the entire genre. The reality is that it is broad, and the subject of a rap song can be about anything at all.

People enjoy listening to music the same way that they enjoy engaging in any other form of entertainment, and that won’t change any time soon. The music genre is just as unlikely to disappear as gambling will. Just as millions of Americans enjoy an ever-growing list of live blackjack casino options, an even greater number of people enjoy listening to music as it is arguably humans’ greatest form of artistic expression. Rap music, like every other genre, has enjoyed a rich history, though the origins of it may be unknown to some.

Although the history of rap music is rich, it isn’t necessarily long. This is because it only originated in the 1970s when DJs began to experiment with blending funk, soul, and disco. By isolating certain aspects of these genres and extending them, they created something that would become a craze all over the world. This was a process that was born in New York City, which is the birthplace of rap. During block parties and other similar events, MCs would use these beats to talk to the crowd and interact with them. Steadily, the MCs began doing this in time to the music, syncing their rhymes to the beat of the song and thus, rap music was born.

At the time of its inception, rap music wasn’t received well by the public. This was because many considered it too violent to listen to, especially as the subgenre of gangster rap emerged. However, by the end of the 1970’s the genre was able to prove itself commercially viable thanks to the 1979 release of ‘Rapper’s Delight’ by The Sugarhill Gang.

As the process of creating rhymes and the overall lyricism of rap artists improved, so did the music. DJs experimented with the turntable itself. This was around the time that ‘scratching’ was discovered, a key component of rap music made by turning the record back and forth against the needle. The first DJ to do this was allegedly Grand Wizard Theodore and there is no doubt he made a lasting legacy seeing as how scratching went on to be immensely influential in the genre.

The turn of the decade saw rap music blow up as many influential and beloved artists arose during this decade. Artists such as Rakim, Tupac and NWA helped to elevate the genre to new levels and left a legacy that would ensure the genre would still be listened to even today. There is no doubt that rap music is loved across the world, and lovers of clever wordplay, flow and rhythm can all find a home within the genre.