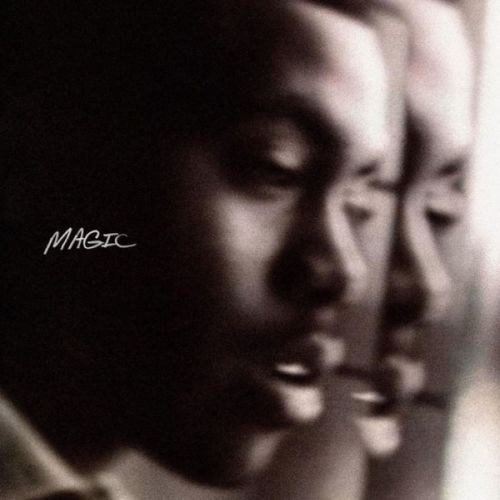 Nas admits on the song “Ugly” that his latest album is merely designed to generate buzz for 2022’s “King’s Disease 3”. It’s classic behavior from the Queensbridge icon, dismissing what is clearly his best album in a decade as merely a stopgap between projects. It’s like when he threw out “The Lost Tapes” in 2002 and it was some of his best material; “Magic” may only be nine tracks, announced a day before it dropped, but it’s better than either “King’s Disease” record. And that’s saying something, because Nas really returned to (rare) form, particularly on the sequel.

At 29 minutes, Hit-Boy has cooked up a lean menu with no fat whatsoever. Sometimes a Nas album can arrive and underwhelm musically, but Hit-Boy has developed clear chemistry with Nas and identified what a Nas album should sound like. There’s an energy on this record that screams Queensbridge; right from the start, “Speechless” possesses the energy of millennium Mobb Deep. I thought Tragedy Khadafi was demonstrating elite levels of eloquence in 2021, but the way Nas weaves his words in the introduction is more impressive.

The first few bars leave food for thought, with Nas highlighting he’s twenty-one years past the 27 Club (the age many icons die). Yet, in December 2000 Nas was at a low point, coming off his worst album (“Nastradamus“), his mother suffering with cancer, and then in 2001 seeing Jay-Z trying to end his career. In a way, part of him did join the 27 Club that year as creating “Stillmatic” was a rebirth for Nas. A second wind. This current run feels like a third wind, but one borne out of artistic freedom more than emotional anger (or “emotional stillness”, as Large Professor nicely describes “Still-matic” Nas).

Purists may decry the inclusion of DJ Premier on “Wave Gods”, given he’s only providing scratches, but Nas seems to be more self-aware of his fans’ wishes by even bringing him on board. The declaration of Nas and Hit-Boy to be the new Gang Starr may be tongue-in-cheek but it’s hard to see which duo could challenge that statement other than PRhyme (the third album is confirmed for 2022). Royce Da 5’9” has frequently shown love to Guru, first likening his partnership with Premier to Gang Starr on 2007’s “Hit Em”. Seven years later we got “PRhyme“. Go on Nas, you know you want to…

Ironically, the desire for Nas and DJ Premier to join forces is at its least necessary. A$AP Rocky provides the vocal assist on “Wave Gods”, and it’s the lone throwback, at least aesthetically. Not so much in the nostalgic admiration for yesteryear, but much like when Common brought Primo in to scratch on “The Game”. It’s how to do a modern take on an old style, and again, shows the sheer versatility of Hit-Boy.

A lot of rappers dismiss or attack their naysayers, but hearing Nas admit getting criticized keeps him energized means he must have been taking feedback to heart (probably from “Nasir”), as he sounds reinvigorated, and dare I say it like he’s having fun. He’s poking Jay-Z on “Meet Joe Black”, then toying with his fanbase’s expectations on “Wu for the Children”. That self-awareness is evident throughout “Magic” as he repeatedly references GOAT lists and talks about himself in the third person.

You even get glimpses of Nas’ admission to not fitting into certain circles on “Hollywood Gangsta” – you can take the man out of the ‘hood but – you know the rest. There’s just a lot to like about Nas as a person on “Magic”. Citing his Grammy should have come in 1996, or that he should have done that verse for Biggie’s “Gimme the Loot” remix in 1995. This is an album designed for Nas’ devoted fans, whereas the “King’s Disease” albums often tried to cater to a wider audience.

I was initially dubious of the hyperbole surrounding “Magic” but weeks later, the dust has settled and it’s clear Nas and Hit-Boy have developed into something special. Nas and Hit-Boy is a thing that has blossomed and there’s now an identity to the duo. It’s remarkable how these beats all have their own feel yet still work as a cohesive whole. The well-worn joke in hip-hop circles that Nas picks bad beats is effectively wiped. Nas is, in his own words, reincarnated, but with an additional self-awareness that is more grounded than his last few performances. There’s no cryptocurrency chatter or verses shoehorned into trap instrumentals. There are no skips, this is simply good ol’ Nas distilled.