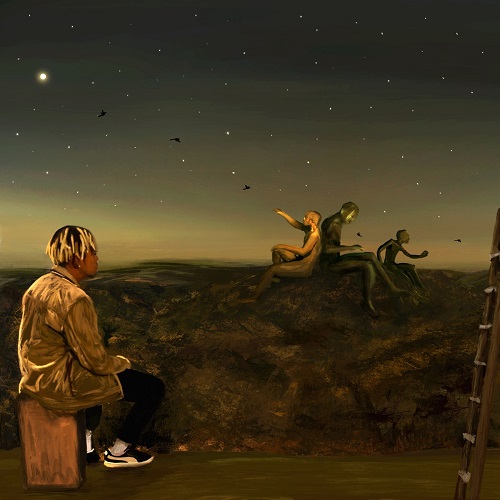 Cordae :: From a Birds Eye View

It’s an interesting thing to witness a rapper go from being one part of a larger group dynamic to becoming a solo act. Such transformations often involve hard feelings, disappointed fans, but also, a great deal of potential.

There are often positive aspects to Hip-Hop groups breaking up, and music groups in general for that matter. Some of these might be the end of what was more a building process than a strong, interesting development in the genre in favor of highlighting primary talents.

One example of this is Chance The Rapper and Vic Mensa’s beginnings in the Save Money crew. For while these two rappers did seem to take that collaboration seriously (Mensa even got the clique’s logo tattooed across his wrist), upon their individual comings to success (particularly Chance’s), the group proved to be more of a building block than anything. Perhaps another example of this would be L.A.’s OFWGKTA group, more often known simply as Odd Future, a composite that made quite a splash on the Hip-Hop scene and then quietly fizzled out long after its primary members had been established and its influence had been felt.

Rapper Cordae, a heavy hitter of the YBN group, has arisen from the ashes of that collective and found himself on track toward rap superstardom, or, well, somewhere near there. Whether or not Cordae rockets off the YBN launchpad and his own solo strengths and abilities to a whole other level has been an interesting proposal to look out for. What is arguably even more interesting, however, is just how he does it, and, furthermore, whether or not he really even wants to fly that high.

On his second album, “From a Birds Eye View,” the answers to those questions become a bit more apparent. Cordae continues to rap on these songs in the way that he always has – consistent, structurally sound and generally without many obvious flaws. He brings the hammer down when the track needs it, and lays off the gas just ever so slightly when less proves to be more. Throughout most of his rhymes, however, Cordae sustains strong rhyme schemes and a flow that does plenty more than keep up over many strong beats.

“Sinister” feels a bit like an unnecessary flex and opportunity for a Wanye feature, but even being just that it is no waste of breath, even if it doesn’t fit the tracklisting particularly well. It also does something more for this album which may not have been entirely intentional – it serves as a reference bar of sorts that separates the ‘hard-hitting’ tracks from the slightly more laid back, perhaps even more reflective ones.

This could be important in determining Cordae’s aim and trajectory for the future. The blend of hard bars and more accessible talk (perhaps stretching here just a tad) is certainly a way unto the mainstream radio circuit that has worked for many other rappers. With that in mind, this young MC may have his sights set high. There isn’t always a place in that world for the type of technique and tight style Cordae brings to the table with his raps, however, so his continuation to drop bars the way he does, as frequently and effectively as he does, may be a sign that he has no interest in the pop world and, rather, wishes to stay the course to be a truly great spitter.

The fact is that Cordae runs both routes quite well. “From a Birds Eye View” is a bit disjointed at times between select tracks but, ultimately, here is an artist who can do both. Ideally, however, he will focus on the precision of his pen for the best parts of this LP are easily those when he is spitting with at most severe level of capability.

With all of this in mind, when one looks back at the group setting Cordae came up in, it’s easy to see how great results could once again come from the rap group phenomena. Whether Cordae strikes it big on the charts with future releases, or carves out a space for himself as a memorable MC instead, the potential fruit of the rap group stands strong.