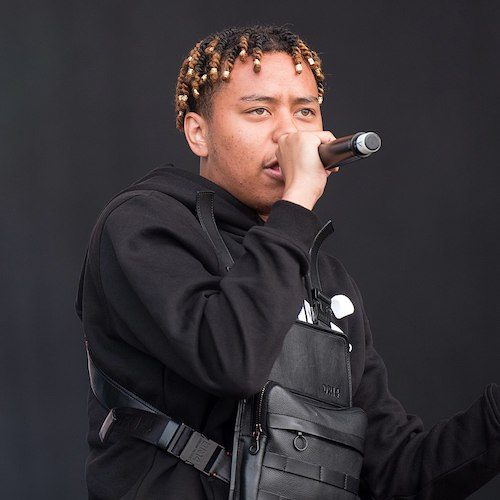 Here Are the Best New Rappers of 2019 So Far

As we enter the second half of 2019, we decided to reflect on the first half to give you the best new rappers who made headlines this year. Those who made headlines owing to their musical prowess that is. Our list includes both those who have managed to make waves on the airwaves and those who are doing their thing underground. Before we start though, as a way of supporting these emerging artists, we urge you to access their music via official music streaming sites; if you find yourself low on funds to pay the requisite streaming fees, you can always play some profitable games at NoviCasino.

DaBaby
DaBaby whose real name is Jonathan Kirk hails from Charlotte, North Carolina. DaBaby started his music career as an underground artist but managed to make the transition to professional music when he signed to the South Coast Music Group. The decision to sign with South Coats Music Group proved to be a masterstroke as his debut album released in 2015 was made accessible via Interscope on March 1 this year. At the end of the first half of 2019, according to the Ranker site, DaBaby was ranked number 2 out of 26 (Best Rappers from North Carolina), number 2 out of 99 (Best Musical Artists From North Carolina), number 29 out of 98 (Best Rappers of 2019), number 1 out of 39 (Best New Rappers of 2019), and number 503 out of 841 (Greatest Rappers of all Time).

Lil Baby
Lil Baby real name Dominique Jones is an American rapper who hails from Atlanta, Georgia. Lil Baby turned pro in 2016 when he released his first mixtape Perfect Timing. The mixtape mostly features underground artists and not surprisingly, it only made waves in the underground circles. In 2017, Lil Baby released his second mixtape titled Harder Than Hard. Unfortunately, the mixtape just like its predecessor made waves only in the underground. In 2018, Lil Baby released his first studio album titled Harder Than Ever. Most of the songs were collaborations with underground artists and other pros with the most notable being Drake on the songs Yes Indeed and Southside. Lil Baby’s first studio album was a massive hit with the album making its debut at number 3 on the US Billboard 200 Chart. Harder Than Ever has been making waves in the first half of 2019 and it seems that’s going to be the norm as we enter the second half of 2019. Lil Baby is signed to 4 Pockets Full, Wolfpack and Quality Control Music.

YBN Cordae
YBN Cordae real name Cordae Dunston comes from Suitland, Maryland. YBN Cordae is also known by the name Entendre. As an underground artist, YBN Cordae released three mixtapes, Anxiety in 2014, I’m So Anxious in 2016 and I’m So Anonymous in 2017. The mixtapes were unfortunately not as popular on the airwaves. It was only after YBN Cordae decided to release remixes of My Name by Eminem and Old N*ggas that his stock began to rise. The remixes were uploaded on the WorldHipHopStar YouTube page and received millions of views. Realizing just how popular he had become, YBN Cordae recently (26 July 2019) decided to release his debut studio album The Lost Boy. Early indications suggest the album is going to be a massive hit.