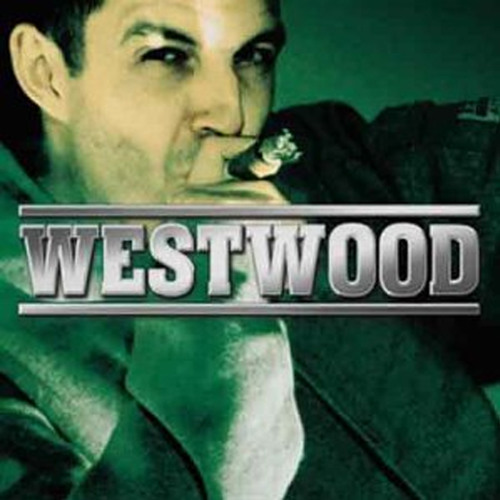 Grant JonesMarch 15, 2022
Back to the LabCompilationReview

Tim Westwood was pretty much a household name in the UK and for a certain generation, he still is. While he’s infamous for his over-the-top radio persona and shameless abuse of sound effects boards, it should be noted the impact he has had for helping US Hip-Hop establish itself in London, the UK, and even Europe. His DJ career was established in the early 1980s on London’s LWR before even his pals Funkmaster Flex and Cipha Sounds rocked their first show. There’s a reason Tim Westwood is 64 years old – he’s been around since Hip-Hop started which is something many often overlook. He was originally DJing funk and electro back in the day, with breakdancing competitions at his shows. He even interviewed Afrika Bambataa in 1985.

By 1987 Tim was a key part of pirate radio station Kiss’s popularity that attracted half a million listeners in London, so it was only natural to see it become a licensed station in 1990. Not before Tim made sure he had shares in Kiss – a business acumen that continued through his career. Then came the Capital Rap show on London’s Capital FM which raised his profile further, before “going national” in 1994 with the BBC.

The launch of the Radio 1 Rap Show included a Notorious BIG performance – something that solidified Tim’s status as the go-to guy in Europe. Any time a rap star was on tour or promoting a record in Europe, they would need to visit Tim. His name held weight by the late 1990s and the Radio 1 Rap Show became an institution for many listeners, including myself. As the genre grew and welcomed in the bling-bling era, as did Westwood (something KRS-One took issue with, in 1997). This was when the UK hip-hop scene had British emcees rapping with Queensbridge accents, thanks to the international success of mafioso artists like Nas, Jay-Z, and the Wu-Tang Clan (whose sophomore album went to #1 in the album charts, from a single with no hook).

It wasn’t just emcees utilizing the New York accent. Westwood was beginning to tweak his own speech and grammar, moving away from a more formal radio presentation toward the loud caricature you might expect to see at a live show. Sacha Baron Cohen has cited Tim Westwood as an influence behind the Ali G character – a try-hard attempting to speak street slang. Westwood was then shot in 1999 and I remember people wearing “I Shot Westwood” shirts in years after, as it became trendy to mock him. To this day, Tim Westwood continues to have a strange reputation that often negates his forty years as the face of rap music in the UK. That’s part of the problem; his background is often the polar opposite to the artists and the music that he makes his living from. There are plenty of excellent white DJs – there’s no prerequisite to be black, or to have grown up in a housing project to be part of the hip-hop culture, but he hasn’t done himself any favors with his radio persona, especially in the early 2000s.

Westwood explained why he talks the way he does in a DJ Vlad interview, and it’s an interesting point he makes. The Guardian’s article on Westwood’s shooting gets one key thing incorrect – his age. It’s well-known he’s the son of a bishop and attended public school (ie. you had to pay) and his age has been a hot topic for years. Listed as 30 years old in 1999, this means his whole 1980s career wouldn’t have happened, but that very legacy should have been celebrated instead of brushed aside. Tim was actually 42, just as Eminem broke through and became a global superstar. This obsession with youth and remaining relevant has overshadowed Westwood’s career (as it does hip-hop generally), whether it be the numerous sexual allegations thrown at him in 2020 by university students forty years his junior, or the embarrassing attempt to replicate MTV’s Pimp My Ride for a British audience. Only now in the twilight years (yes, he’s still active in his 60s) is he starting to receive his flowers – in fact, I think he’s more respected outside of the UK.

Still with us? A full essay could be written on Tim Westwood but I’m sure there will be a documentary one day. My point here is that Westwood released his first compilation, simply titled “Westwood”, in the year 2000. This was at the height of his celebrity – he didn’t even need to mention what songs were featured because you know what you’re getting with Westwood. There were at least ten of these mixtapes, although they weren’t exactly “mixed”. He’d tell you himself he’s not a turntablist and having attended one of his student nights back in 2007, he would often play the first verse of a song and then drop a bomb explosion, to bring in the next track. “Drop the Bomb” was his catchphrase along with “Kiss the Ring” and the hilariously simple “Westwood…Gangsta”.

This double-disc offering represented great value two decades ago and is a good summary of where hip-hop was at the turn of the new millennium. Disc 1 is heavy on anthems and floor fillers, starting with Crooklyn Clan’s mash-ups of “All About the Benjamins” and “Hypnotize”, something you’d often hear on Funkmaster Flex’s own line of CDs. Noreaga’s “Superthug” is followed by my favorite version of DMX’s “Party Up” whereby Westwood plays the end “meet me outside” bars as the intro and it works so well that I prefer it to the usual structure. He does something similar on Jay-Z’s “Big Pimpin'”. There are two more DMX tracks (“What’s My Name” and “What These Bitches Want”) along with another Jay-Z single (“Hey Papi”) and two Ja Rule efforts (“Between Me and You”, “Put It On Me”). It’s not the popular songs that make this an interesting record to revisit, however, because you’ve got underrated “bangers” like Rah Digga’s “Break Fool”, Memphis Bleek’s jab at Nas on “Memphis Bleek Is…” and Lil’ Kim’s “No Matter What They Say”.

The first disc ends with R Kelly’s “I Wish” – after a strong hour it doesn’t really land the finish. If Disc 1 is the crowd-pleaser, then Disc 2 was what introduced a lot of casual rap fans to the Dirty South. You could expect to hear Def Jam artists on the radio, but Cash Money and No Limit were largely confined to late-night MTV Base and the appetite for southern rappers wasn’t as strong in Europe, exemplified by 90s New York artists still touring the continent thirty years past their heyday.

A 1992 track kicks off the second disc: Uncle Luke’s “I Wanna Rock” and I always thought it didn’t sound out of place at all next to the newer, shinier efforts. I’ve never been a fan of Trina’s but her attitude and playful flow on “Pull Over” turns a simple premise into a great partner for Mystikal’s earlier dedication to the derriere (“Shake Ya Ass”). You’ve also got B.G.’s famous “Bling Bling”, Juvenile’s “Back That Azz Up” and a personal favorite, Big Tymers’ “Get Your Roll On”. That shit still sounds hard, with that flow DMX used on “Who We Be”. The way Westwood drops it into Ludacris’ “Southern Hospitality” is really satisfying too.

After another Crooklyn Clan mash-up (using “Money, Cash, Hoes”) the rest of Disc 2 caters to more underground tastes, with “Banned From TV”, “Da Rockwilder” and “Da Goodness” all leaning harder on the lyrics (none of these have hooks). Pharoahe Monch’s “Simon Says” – man…1999 was crazy when it came to hard hip-hop that had mainstream appeal!

The end of Disc 2 definitely feels more chilled, with an Eve single you never hear mentioned nowadays (“What Y’all Want”) leading into Eminem’s “The Way I Am”. It’s a wild mood change but of all the Eminem songs to shoehorn in, I’m glad Tim didn’t bring “Stan” or “Real Slim Shady” to the party. You even get some J Dilla, with “Pause”, the wonderful “Come Again” from Doug E Fresh, and Westwood ends with Reflection Eternal’s “The Blast”. Those last three are about as hip-hop as it gets and feels like a reminder – no matter how far Westwood has come, he knows his shit. I remember being a drunken student at the aforementioned Westwood party fifteen years ago, requesting Bumpy Knuckles from Tim because I was down that “underground hip-hop rabbit hole” at that age. His response still sticks with me: “I’d love to, my brother, but read the crowd. Ain’t no women dancing to Bumpy Knuckles.” He was right, of course, and the way he nonchalantly thanks his listeners to close out two discs of heavyweight hip-hop is a nice touch.

A criticism of this record, and one that is often thrown at Westwood in general, is the complete lack of British talent on display. This is 100% American hip-hop and he did a lot to further their careers, but I don’t think a lot of UK hip-hop at the time would have fit in with this style. He did start to include both UK and Jamaican artists in his later CDs, even releasing the confusingly titled “Westwood: UK Hip-Hop 2002 Vol. 1” which never saw another volume. But a lot of the UK hip-hop wasn’t designed for shaking your ass to, or testing out that subwoofer in your customized Vauxhall Nova. We had to wait a few more years for Grime to arrive.

I think Westwood managed to include a bit of everything that hip-hop had to offer in 2000. This is both a party record and something you’d play in your car – something the men and women would both rock out to (as sexist as that sounds). That was the goal and for the most part, Westwood succeeded at collating the biggest and best singles that boasted mainstream appeal – records a DJ would play in the club. And the best thing Westwood did with these compilations was he let the music do the talking because if he talked all over these tracks like some of his US counterparts did, with that over-the-top style that’s difficult to take seriously, I doubt the British public would have lapped up his compilations the way they did.