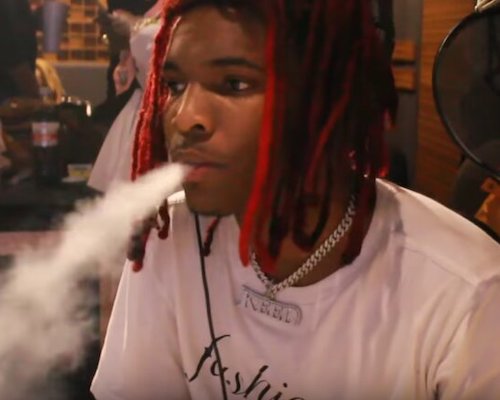 The circumstances are not clear but given his brother Lil Gotit confirmed it via Instagram we’re sad to report today that Lil Keed (Raqhid Jevon Render) has passed away at only 24 years old, leaving behind Gotit (and many more brothers) plus his young daughter Naychur. Keed had been schedule to perform at a concert in Charlotte, North Carolina the same day this news broke so to say something unexpected happened is an understatement.

Keed was inspired to take a rap career seriously after the death of a close friend named Rudy in 2016, and his younger brother Gotit followed in his footsteps and recorded with him. His big breakout single came from the “Keed Talk to ‘Em” mixtape in 2018 and was called “Nameless,” which ironically Keed was anything but. His rising popularity and talent led to a deal with Young Thug’s imprint YSL, who both Keed and Gotit cited as an inspiration for their own rap careers.

The next level in Keed’s career came with the 2019 aklbum “Long Live Mexico,” which received nationwide distribution through YSL/300 Entertainment. Multiple singles came off the album that expanded his popularity including “Proud of Me” with his mentor/father figure Young Thug. Collaborations with Thug and Gotit were a staple of his release right up to the present day. I’d call it a “family first” mentality as he was loyal to the people closest to him who never did wrong by him.

On behalf of everyone at RapReviews I offer our condolences to Keed’s family, friends, and legions of fans around the world. I had scheduled a review of his brother Gotit’s latest album “The Cheater” for next week before this news even broke, and since Keed would want his brothers to continue to shine in his absence, I still plan to publish it regardless. The news shocks me though and definitely casts a shadow over what should have been a more triumphant moment for them both. RIP Lil Keed.

UPDATE: TMZ reports that Lil Keed has been complaining of stomach pains days before his death and had already been taken to the hospital to be treated when things “went downhill” at a rapid pace. An autopsy to determine the exact cause will be performed by the L.A. County Coroner’s office this week. Our hearts go out again to the entire Render family.