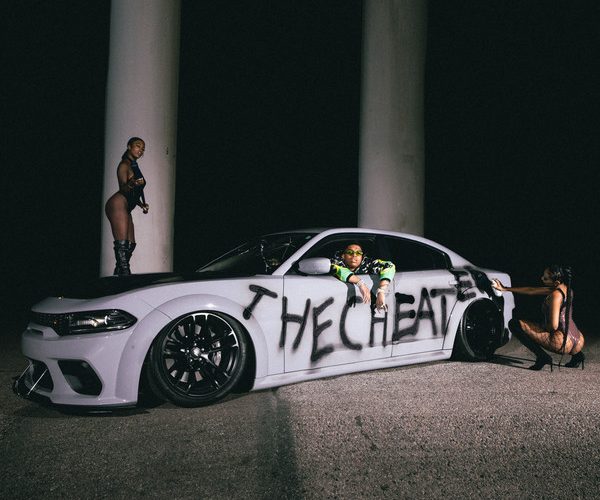 EDITOR’S NOTE: I wrote this review of “The Cheater” a week ahead of Lil Keed’s passing. Although the timing now makes me uncomfortable, I know Keed would want his younger brother to keep shining in his absence, so we are running the review this week as planned. My condolences to the entire Render family on the loss of Raqhid. 24 is far too young.

In 2019 I took a look at Lil Keed’s “Long Live Mexico” for RapReviews after Keed seemed to burst onto the national scene overnight. It’s fair to say his younger brother Semaja Render wanted to follow in his footsteps. Who could blame him? Adopting the handle Lil Gotit, Render collaborated with big bro and got his name out there in the industry, eventually signing with Sony imprint Alamo Records. It’s slightly surprising to me he didn’t end up on YSL/300 like Raqhid, but given recent events involving Thug that may be for the best. Either way Gotit quickly became a rap star in his own right.

In recent times I’ve learned to distinguish between today’s rap and the artists I grew up with from the 1980’s and 90’s. The goals, motivations, influences and culture have completely changed. Let’s put it like this — can you really compare Giannis Antetokounmpo to Michael Jordan? I suppose you could TRY but aside from both men having a championship ring the NBA of today isn’t comparable to how it was played back then. Neither man would fit well into the other’s era, although given their talent they’d certainly adapt. It’s unlikely they’d be comfortable with the tempo and the scoring style compared to what they know best though. You judge each man on their own era and how they fare against that era’s best ballers.

Now that I’ve got that overly convoluted analogy out of the way, I can state that both Keed and his brother Gotit are “modern era” rap in the most complimentary way. There’s a lot of vocoder vocals, a lot of thumping bass, a lot of crooning and a lot of bragging. Gotit and fam are about the drip. You look stylish, you sound stylish, and you make allusions to handling business with pistols if anyone interferes with your lifestyle. There’s nothing inherently wrong with the fact Keed and Gotit are interchangeable with each other, any of their contemporaries in Atlanta, or any of their labelmates today. This is the sound that sells because it’s music you can do anything to. You can drive to it, you can game to it, you can fuck to it. It’s purposefully designed to fill a room with sound. Money counting machines provide the percussion and blend perfectly into a Grand Theft Auto sesh.

“The Cheater” looks a little odd on its literal surface, because spraying a nice car with graffiti so sloppy there wasn’t room to finish it isn’t very impressive. That’s obviously the point though. Either Render brother could afford to get their whip professionally detailed by Mister Cartoon if that’s what they wanted. The message here is “I have nothing to prove” and indeed that’s the truth for both of these young men. What they are doing works for them in their era, judged by the standards of their peers, judged by the majority of what gets digital units on Spotify, YouTube and/or Soundcloud. Are they in a position to win a championship? Not presently, but they’re going to make a lot of money balling.