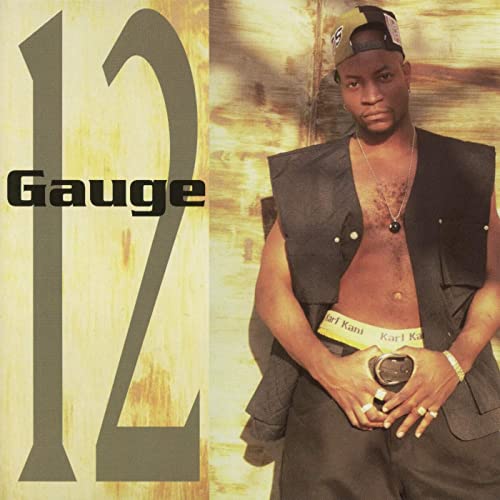 If 12 Gauge isn’t the best example of a one-hit wonder in 1990’s rap, he’s certainly in the conversation for the top five. There is only one chance you have his self-titled album or remember who he is, and that’s because for a brief period of time in 1993, “Dunkie Butt” was tearing the club up.

Isiah Pinkney decided to make a song about his love of the gluteus maximus, and owning to his Georgian accent, the word “Donkey” came out more like “Dunkie” when spelled phonetically. The Miami Bass inspired song’s music video featured exactly the amount of cheesecake one would expect, no more or no less, and producers David Michery and Doug Grigsby deserve the credit for capitalizing on the booty shaking rap phenomenon the same year Tag Team released “Whoomp! There It Is.” Unfortunately at that point Pinkney, Grigsby and Michery were all out of ideas, so bad LL Cool J “I Need Love” style ripoffs like “Lay You Down” came next.

“12 Gauge” didn’t come with a parental advisory sticker, probably because the record label was trying to fool people into thinking this was some sexy R&B singer, but even songs like “Lay You Down” verge on vulgar with 12’s protestations to make a woman “cum over and over and over.” I suppose when your life’s sole ambition is to “ride that donkey butt” there’s not any chance you won’t make blatantly lewd odes to sexuality. At least he stays true to form with songs like “Bend Over (Ooh Lord)” and “Ghetto Freakin.” It makes you feel like the whole album was designed to duplicate his one hit and try to create another, and I defy you to prove me wrong on that.

It’s as predictable as it is relentless on songs like “Rump,” “Freak It” and “Grip Ya Hips.” At some point you have to marvel at the fact that 12 Gauge wasn’t signed to Luke Records, because he sounds like a protege of Luther Campbell, although admittedly a better rapper than Uncle Luke. Yeah, I said it. Neither one are going to win awards for their rhymes, but Luke tends to repeat one phrase over and over and disguise it as a song, whereas 12 is rapping actual bars and verses even if he only has one topic on his mind.

This leaves me somewhat ambivalent about “12 Gauge” on the whole. 12 is undeniably a one hit wonder, and nothing on this album is as good as his one hit, but I’d still rather listen to this album than Luke’s “In the Nude” from a year earlier. There’s not more depth to it per se but since the rapping is better and the production is comparable, I can at least say that 12 deserved his 15 minutes of fame between 1993 and ’94. The fact that two follow up albums completely flopped doesn’t shock me, but for the sake of nostalgia alone this one isn’t a complete waste of time.