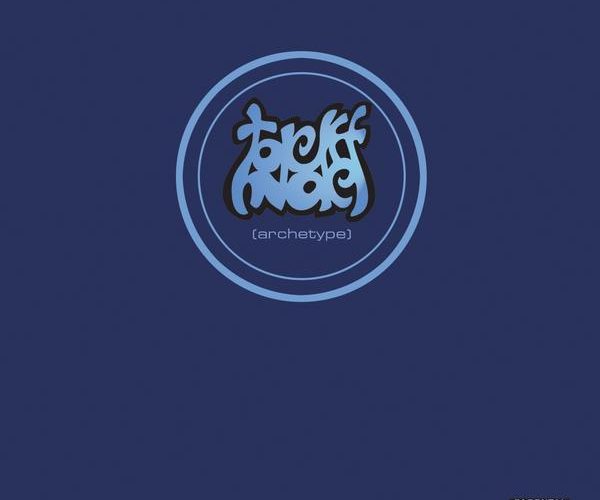 The 2005 full-length debut LP by QN5 Music label head Tonedeff went largely unnoticed at the time of its release, despite how well-rounded it is. Tone sings, produces, raps, plays instruments, and writes his own music: A Quintuple threat, much like his label name indicates. With that level of versatility, this album deserved more attention and praise. As an emcee, he is perhaps the fastest rapper ever, able to pack at least two dozen syllables into one bar and still have it flow together for listeners to make out every rhymed word. Besides his quick tongue, he’s a pensive and thoughtful emcee whose tracks consist of a myriad of themes, many rife with emotion and vivid detail. Apart from producing the majority of the album himself, he also enlisted Kno, Elite, Domingo, Versefier, Austin Tacious, & E-L to provide the remaining production.

Consisting of fifteen non-filler songs, he showcases his piano and vocal skills on the opening track, “Overture”. However, that doesn’t set the tone for the album so much as the following title-track. Tone’s “do-it-all emcee” disposition shows as he lays out his frustrations as an artist who’s known in smaller camps, but has gone largely overlooked despite his multiple talents. He takes it further on “Masochist”, which compounds his irritation as an artist with the fact that he’s also a label head responsible for other artists as well. He’s aware of the trope he exemplifies and throws sly-humored rhymes and effortless multis to cope with his emotional uncertainty. The next track, “Let’s Go”, shifts the album to more of an upbeat mood with head-nodding marching band-like snares and funny lines like. “Or party with them wack hoes hollerin’ / Girl, if that’s your milkshake, I’m lactose intolerant/ (Ahhh!) Don’t be getting’ defensive / Just call me the GameCock, cause when you beat it on hard you get the special ending.”

This leads to a segue of more sexually-charged tales. The first of which is the Austin Tacious-produced “Disappointment”. With its chipmunk soul vocal samples, Tone again voices frustration, but it’s laid out as a sexual story played for laughs. In retrospect, this narrative is something of a period piece as it predates how male-female interaction was before the proliferation of dating apps. The Kno-produced “Loyal” takes a look at the ins and outs of friendship and how implicit trust is impossible to come by. The biggest single on this album was the self-produced “Porcelain”, which is a storytelling track about an unrequited love from his adolescence. Tone produced it and added the element of layered piano keys to reflect the somber heartbreak of the song. I first heard this song in college around when it was released and found it to be very relatable:

Tone has serious ability as a producer, lacing tracks for several artists under the QN5 banner in its heyday. On “Archetype”, he includes live instruments on several tracks and can go from playful to sample-based boom-bap without fail. Speaking of boom-bap, the self-produced posse cut “Quotables” is a punchline-filled rhymefest featuring Substantial, Wordsworth, PackFM, Session, Rise, & Supastition. Tone’s got multis and punchlines for days, best demonstrated here, the Elite produced the high-noted “Issawn”, and on the string-laced “Heavyweight”. “Politics” basically sums up the rage and frustration of any underground rapper forced into a DIY aesthetic. For Tone, he’s been self-sufficient for his whole career and, as such, the original slogan of QN5 was “No Rich Relatives” (which also doubled as a clear shot at underground label Rawkus Records). With “Politics”, Tone is justifiably angry at an industry where he’s painfully learned that talent and persistence are less than 10% of the battle:

Tone’s humor is back in full-effect on the tongue-in-cheek “Pervert” with its ever-graphic lyrical descriptions of uninhibited desire. Lyrically, Tone’s insight is at its best on “Children”, with relatable views on both hindsight and youth. “Case Closed” has lo-fi horns sampled while the album closer “Gathered” is like a continuation of “Overture”. In an era where “hip-hop is dead” was a prevalent theme, Tonedeff’s “Archetype” was billed as “the new hip-hop”, aiming to be an example of something different in the genre and where it can go. The liner notes were even something of a syllabus for aspiring rappers, showing excerpts of Tonedeff’s “Flow Notation System”, indicating that he had rapping down to something of a science. Emotionally, the album contains much frustration laced with some ego, exemplified by the line, “as long as I’m reppin’ intelligent lyrics, I’ll stay hated.” Though he took over a decade to drop a highly-conceptual sophomore album, the work that Tone put into “Archetype” proves that he remains an underrated artist.