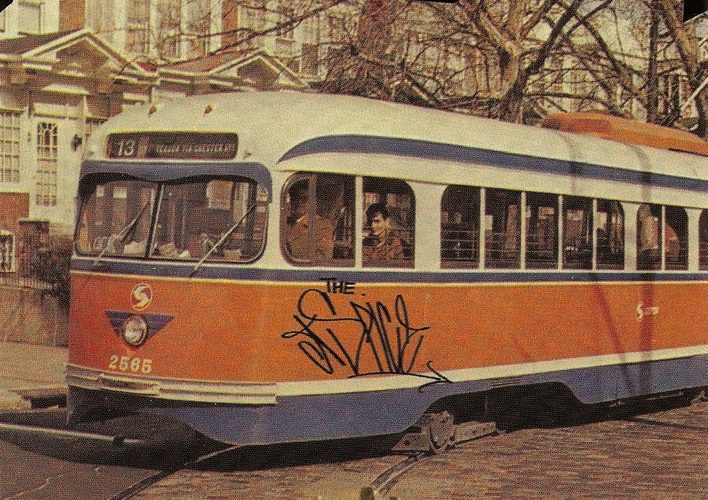 When’s the last time you heard someone boast that they’ll “drop on you and your crew like ectoplasmic goo”? Alright, so that’s basically a rhetorical question. But actually, that line, courtesy of Dept. of Rec from “Thinking Outside the Box” is just one of the many memorable lyrics from Arrakis Records’ recent “Spice” compilation. The objective of this record is to give some shine to a corner of the underground scene in Philadelphia, PA, and allow some little-known talent to display their best work. Consider the objective met.

So what to expect from “The Spice?” In short, a little of everything. Philadelphia’s already known for being home to everyone from the Roots to Beanie Sigel (does Will Smith still count?), and of course its own brand of legendary soul music. So to call the Philly music scene rich and diverse would be an understatement, and a very obvious one at that. But after sitting down with “The Spice”, I can only come to one conclusion: there’s got to be something in the water down in PA. This album just exudes talent. That’s not to say it’s perfect though â€“ even the most talented individuals are never really perfect â€“ but the strengths definitely outweigh the weaknesses.

After a lukewarm instrumental/samples intro from the Bargain Bin Bros. (A+ on that name, though), the aforementioned “Thinking Outside the Box” lurches into your headphones. The name says it all. The first line of the track lets you know that they’ve no intention of “talkin’ bout what heads talk about.” This kind of approach is welcome and encouraged, as far as I’m concerned. And it could just as easily apply to the rest of the album, too.

Digs Darklighter, Briz, and Breez Evahflowin’ show that less is more on the “Spacewalkin'” remix, with a nicely stripped-down beat and a sparse but catchy hook: “Who get spaced out, still turn the place out?!?” This is nothing but great hip-hop.

The same can’t quite be said about Kenneth Masters on “lain” though, unfortunately. Despite an obviously strong delivery, Ken suffers from a beat that just lacks. Odd since it came from Kendal, Zana and Chubby, the same cats responsible for the infinitely more listenable “Spacewalkin’.” It also doesn’t help that Ken insists on making so many obscure animÃ©/videogame references, the track title included, I’m presuming. His knowledge in the subject is impressive, but it does nothing to enhance the track, the way Del could’ve, given the same reference materials. And sadly, we can add Ken Masters to the list of MCs to mispronounce “Evangelion.” It’s okay though because Kenneth shows up on several of the album’s other tracks, more than making up for this sub-par performance.

In fact, he helps Briz out on the very impressive “Money Dunn.” With its Mystery Science Theater 3000 beat and cuts from Low Budget like “hit me with a brick!” you can’t be mad. And I’d like to point out how instrumental the DJs are to this record’s success. Cats like Low Budget, DJ Noize, Panic, and DJ Bizness handling the 1’s and the 2’s would strengthen even the weakest track. Nice DJs go unnoticed far too often, and unappreciated more often than that. But on “The Spice,” their subtle contributions really take it to the next level. I’d have liked more scratching on some of these tracks, as it’s really quite good.

Probably the best example of this is “Balance Your Life (remix)” from Briz. Low Budget chimes in here too, and heads will appreciate how his “what your life like” scratching makes a good track great.

And it’s little touches like these that make a good album great; anyone can tell you that. That’s the case with “The Spice.” Most of the tracks, if listened to on their own, would easily get your head to nod, but wouldn’t necessarily be viewed as spectacular. The key is to listen to the album as a total package and realize that really, there isn’t much to complain about. There are no poppy singles here, or radio-friendly biscuits either, just straight hip hop music. Like my man Martha Stewart would say, that’s a good thing. Sometimes it’s formulaic, and sometimes it’s coming outta left field, but it’s always solid. So if you’re in the mood for Philadelphia, skip the cream cheese and the cheesesteak, and go straight for the Spice. *

* Jayson Young wishes to apologize for the corniness of this review’s extremely cliched conclusion, but does strongly encourage you to pick up this album.