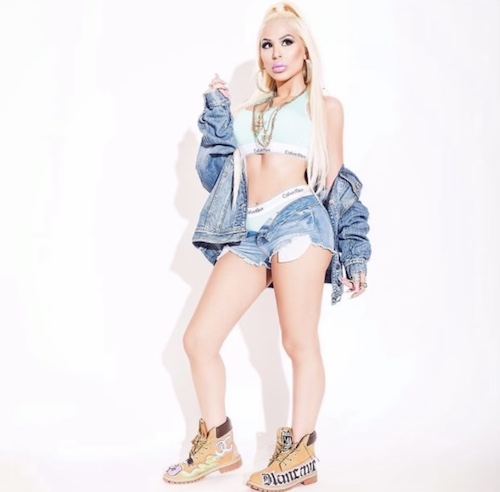 Meet Lexini Blanco: The Indie Artist You Should Be Listening to Right Now

Indie bands and artists have the artistic freedom to create their own music without restricting their style to any label. With the growing popularity of indie artists, more and more artists have adopted to go it alone to storm the industry with their individual styles. Lexini Blanco is a young up-and-coming talent who has joined this wave of indie artists with her signature style that is so unique yet resonating. She has created a buzz online and has been firing up stages in the live music scene around the US for quite some time now.

Lexini is a rising artist who has earned thousands of streams of her music on digital streaming platforms. Her 2017 single “Stack Up” featuring Snoop Dogg was a massive hit online, gaining her recognition in the online music scene. Lexini has dropped several other hit singles and mixtapes on popular music platforms like Spotify. Lexini has a strong fan following on Apple Music, Instagram, Pandora, Deezer, Datpiff, Facebook, SoundCloud, and TikTok.

As a unique artist who creates great original music, Lexini has successfully separated herself from the crowd, carving a niche in the industry. This distinct style has made her a sought-after name in the live music scene. She has toured across the US in cities like Arizona, Texas, and Miami, performing at famous music festivals and shows. The milestones in Lexini’s career so far have been shows at the Santa Ana Observatory as well as the Novo in Los Angeles, which were completely sold out. As Los Angeles is where Lexini was born and raised, it made the success even more special for this young artist.

Another milestone in Lexini’s career was the opportunity to be a part of the renowned DUB show tour. She got to share the stage with O.T. Genesis, YG, Kid Ink, and many other greats from the music industry. As her popularity grew in the live music scene, Lexini developed valuable connections within the industry that got her several collaboration projects with music icons. She has worked with music legends like Layzie Bone, Snoop Dogg, Art Laboe, Tracy T, J stone Gunplay, and DJ Scream.

Even with a thriving career in the music industry, Lexini has not restricted her talent only to music. She has pursued her passion for acting and became a SAG-AFTRA actor. Lexini had the opportunity to appear in the 2017 movie Bodied, produced by Eminem, where she shared the screen alongside other rappers. Throughout her career, Lexini has also tried exploring her craft in different ways, which is why focusing completely on music sometimes becomes challenging. There was a time when she wanted to give up and was afraid of being different.

After a while, Lexini overcame all her fears because of her love for music. She attributes her success to her mentors and the amazing people around her who constantly pushed her forward no matter what came her way. She is also grateful for having a supportive management team that keeps her focused and fuels her desire to be different from her contemporaries.

As an artist, Lexini is constantly growing. She has also ventured into entrepreneurship, launching her own clothing line that will soon hit stores. In the future, Lexini wants to be an even bigger name in the music industry while owning multiple business ventures like her own make-up brand and line of fragrances.