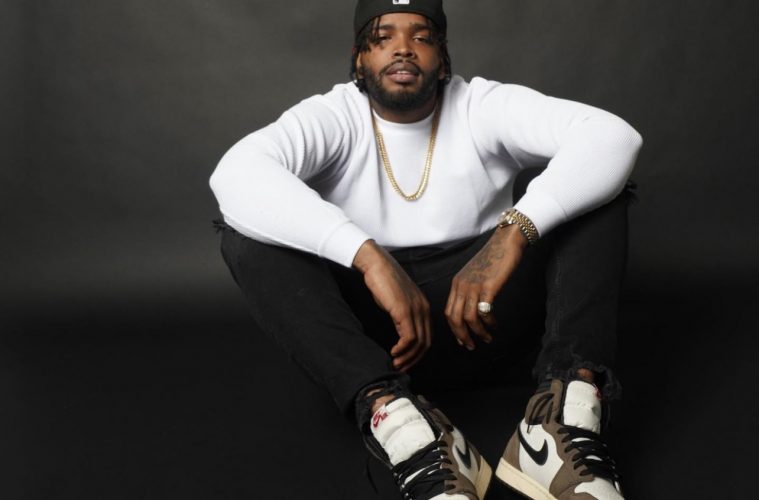 Apart from being a double threat (he’s both a rapper and a singer), Rayven Justice is no stranger to taking his personal experiences and translating them into melody. The Oakland/ATL native has been dropping material since 2010, beginning with his breakthrough single, “Throw the Cash”. Since then, he’s worked with artists such as Waka Flocka, Migos, Pleasure P, Rich The Kid, and French Montana. Recently, the young man took some time for an interview with us, letting us get to know him, his reverence for Chris Brown, and his forthcoming projects.

Rap Reviews: What inspired you to get into doing music?

Rayven Justice: I would say my dad, really. Ever since I was a little boy, I always watched him do things with music. He had a bunch of artists, he’s also from Atlanta. When we were living there, I’d see all these dudes in our house making beats on the table doing rap battles, cyphers. He had two singers as well. But what made me take it seriously was when Chris Brown came out, that really sealed the deal on the idea. I saw myself in him, he made me believe in myself. My dad didn’t take me seriously at first when I wanted to get into music, but that inspired me more.

RR: What were you doing first, rapping or singing?

Rayven Justice: I was rapping first. Around the times I was rapping, the Pack put out “Vans” which was a huge inspiration for the Bay Area rap scene. When they got bigger than local, that got me thinking, “Berkeley is 10 minutes from Oakland, I can do it too!” So, I give credit to the Pack and C.B. for inspiring me to take music seriously.

RR: Who would you say are some of your musical influences?

Rayven Justice: Tupac Shakur, Too $hort, Keyshia Cole, E-40, and other artists from the Bay Area. On the flipside, for R&B, I love Donell Jones, Avant, Pretty Ricky, the list goes on. I studied them in high school, the craft of R&B. That’s why music sounds the way it does now: I was trying to find a way to merge the Bay Area music scene with the ‘90s R&B scene.

RR: What are some of your passions, outside of the music industry?

Rayven Justice: I like to draw. As a kid, I made my own comic books. Rest in peace to my little brother, Raymen, we were super-into comics as children. We’d go into comic book store after school, so we drew and printed all our drawings to make it official as we could!

Does your talent in drawing come into play in your music career at all?

Rayven Justice: I use it, the same elements I use to draw are the same ones I use in singing. I hear a beat, and it’s kinda like a blank canvas. And from your imagination, you go from there. Based on how the beat makes me feel, I just let the topics come without really thinking too hard about it. Basically, it’s me drawing on the beat.

RR: What’s the biggest challenge for you when it comes to your creative process?

Rayven Justice: For one, I’d say it took me a while to learn how to write verses. At the beginning of my career, I remember my father telling me that the hook is the most important part of the song. Remembering that, I became a “hook” guy in the beginning, which is how I got my start in the Bay Area. I linked up with a man who had beats which no one was rapping over, I felt no one was taking me seriously, so we clicked. So, got my name out there by doing the hooks for rappers in the Bay Area.

RR: I’ve seen many of your official music videos, do you direct any of them?

Rayven Justice: I have. A lot of the videographers aren’t as efficient in coming up with ideas for a video, they just point & shoot. So, I have to get more technical and hands-on with the idea of the video.

RR: I noticed that your videos have more of cinematic bent, telling a story from your own personal life. Is that accurate?

Rayven Justice: Yeah. I love to create records based off my life. Whether it’s my own, something I’ve heard or seen someone go through.

RR: Tell us about your upcoming album that’s going to drop this year.

Rayven Justice: The album’s called “Ray”, short for my name. It’s about 10 tracks on there, it’s a dope body of work, I feel that people will see my growth when they hear this record. I really want to take listeners on a roller-coaster as far as club records, mid-tempo, and real conceptual stuff all in one project. As far as features, I’ve got Sada Baby and Krayzie Bone from Bone Thugs-N-Harmony.

RR: Who’ll be the producers on the album?

Rayven Justice: It depends, I’m not really particular on who’s making it, just how it sounds. It doesn’t matter who’s behind it. I get sent so many beats, but when I come across something I love, I’m on it.

RR: You have your own record label (Do It Justice) which was distributed via EMPIRE. What are some of the pros and cons of dealing with the major labels as opposed to operating independently?

Rayven Justice: Just knowing what’s being handled as far as finances coming in. You can be more hands-on without the major labels. But if you know your stuff, you can work with anyone. When I was young, I bumped my head and would sign anything. But I’ve learned much and it formed me into the businessman I am today, it’s all a learning lesson.

RR: What event or city would you like to perform at but haven’t yet?

Rayven Justice: I want to go on the east coast more. I’ve done shows in the west coast, then the Midwest, which led overseas. I did a show in Atlanta, but as far as the rest (New York, Boston, New Jersey) I wanna get out there. I have to get out there, ‘cause my work’s only half-way done!

RR: Who is in your music rotation?

RR: Where do you see yourself a year from now?

Rayven Justice: I see myself all over the radio. Back on tour, coming to the east coast. Working with major artist. I wanna work with Chris Brown finally, and I’ve met him. Hopefully, I get to work with him, it’s something my fanbase wants. I told him in his ear when I met him that he was the new fresh face that represents my crowd and someone that I identify with.

RR: Thank you for taking the time out talk with us.

Rayven Justice: I appreciate you, man!