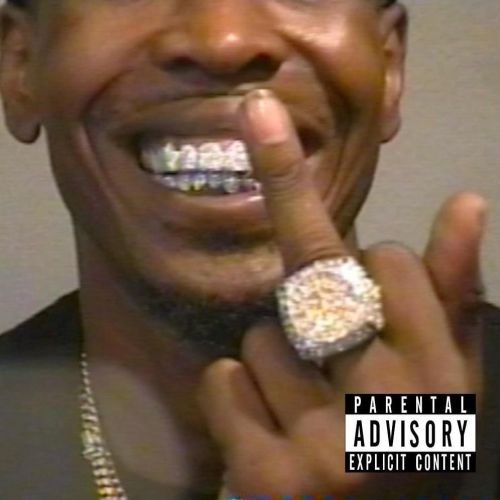 It’s worth clarifying at the start of this review that this writer is developing a numbness to the Griselda collective’s output. It’s not necessarily a quality vs. quantity argument but a combination of mixtape-level material marketed as EPs/LPs to capitalize on streaming algorithms and a selection of rap-heavy rappers pumping out non-descript songs. “What the hell does that mean?” I hear you shout. Well, in the past, rap-heavy rappers (different from rappity-rap rappers who fill bars with syllables and internal rhymes) would drop sixteens for DJ mixtapes as freestyles or collaborative verses, as a way of building hype for subsequent album releases or to attract attention if they were unsigned. This played to the strengths of the rap-heavy rapper, as verses didn’t have to follow any theme or topic and albums would offer the true artistic vision of the rapper with a sequenced, structured selection of songs tied together with hooks which the song would be named after. With traditional marketing cycles and purchasing habits turned on their heads, new rappers are often left to continue their craft without this curated slow-build, and the albums offered can often be little more than a bunch of beats and rhymes.

“KISS THE RING” feels like the distillation of the last decade of Griselda Records, which is the posterchild for celebrating hustle over art and can best be demonstrated by the difference between (without stirring the pot) Freddie Gibbs catalog and Benny the Butcher’s. One has modern classics with peaks and troughs, whereas the other is an unfalteringly reliable conveyor belt of mixtapes posing as albums and albums posing as mixtapes. There’s a place for both, of course, but there’s a reason why this website hasn’t got a single Griselda record on its Recommendations page. I sometimes think if RZA had managed all the Wu-Tang emcees under a Wu-Tang label between 1993-2002 whether it would have hindered the growth and identities of the individual artists, but the global impact of the Wu and its talent is a very different beast to the Griselda movement.

An album primarily produced by the Heartbreakers (Conductor Williams, Camouflage Monk, Denny Laflare) ensures few surprises with much of the feedback on this record focused on Conductor’s excessive use of his producer tag. It’s understandable, itself an attribute parallel to DJ Clue’s irritating “Willam M Holla” rants from two and a half decades ago. The biggest sin, however, is hearing “Conductor” audibly intruding on Rome’s rhymes which I can’t imagine he’s happy about.

There’s a vicious Daringer production on “Tyson Beckford”, named after the American male model, which is the antithesis of pretty. It’s one of the times where the production really suits Rome’s flow and allows him to stamp his authority on the track. “Destiny Child” is similarly effective with its mean kicks and snares, although both rely on the played-out approach of including a celebrity name to give the song its identity. If you’re averse to drum-free loops equating to beats, “Blow 4 Blow” will prove a struggle despite the noteworthy performances by Stove God Cooks and Benny the Butcher. Ultimately, Conductor’s beats worked well with Mach-Hommy’s “Pray For Haiti” but they quickly get repetitive here. Alchemist’s “Long Story Short” isn’t up to scratch compared to his recent Roc Marciano album, but the Sadhu-assisted “Fashion Rebel” is a true highlight, with Rome sounding more comfortable and importantly, compelling, atop a beat you can really nod to.

“KISS THE RING” felt like a hard sell because it plays out like the most Griselda of all Griselda releases. The rapping is perfectly fine and the production is serviceable if not always memorable – it’s exactly what you’d expect Griselda’s 58th release to be (assuming Wikipedia is up to date). But after hearing Rome Streetz hold his own with Ransom on the superior “Coup D’Etat” and two experimental DJ Muggs projects, this can feel by the numbers by comparison. Without possessing the top-tier wordplay of a Ransom or 38 Spesh, nor the hard-to-ignore presence of Eto or RJ Payne, Rome Streetz sits somewhere in the middle of both styles. There are glimpses here of Rome Streetz’s individuality, but if anything, the Griselda canvas could serve to be a creative glass ceiling for his brand of aspiration rap.