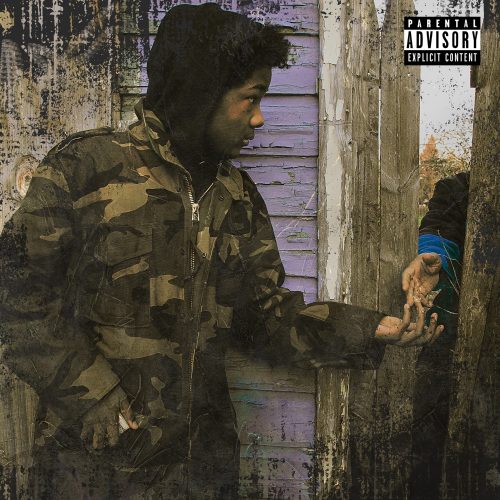 “Huh, my verse is like an open book
About my life and the niggas I shot and all the dope I cooked”

Those are lines from “Drumwork” and a very succinct self-description of Conway the Machine as a rapper. Included on his major-label debut, “God Don’t Make Mistakes”, the album has been highly anticipated for the past two years now, even with Conway pacifying us with side and smaller projects. Surprisingly, just days before the album’s release, Conway revealed that he had departed from both Shady and Griselda Records. Such a move may affect the album’s perception, but not its quality. Speaking of which, when major labels sign gritty street rappers, there’s always a bit of “compromise” that affects the ultimate output of their work. Oh, but not with Conway. The revivalist drug-related rhymes (and the accompanying production) that is his and Griselda’s customary brand of hip-hop remain untouched.

The Griselda camp is also known for their unconventionality when it comes to album covers, such as Conway having image stills of Robert De Niro in “Taxi Driver” (1976) for the covers of his “Everybody Is Food” mixtape series. For his debut, Conway is more direct as the cover is simply of a kid doing a discreet hand-to-hand drug sale. Never one to shy away from anything grimy, Conway starts the album off with some gun talk on “Lock Load”. The duo of Daringer and Beat Butcha produced it and, if it’s anything like their production work on the entirety of 2019’s “W.W.C.D.”, that means the track has no samples. It’s got that slow tempo that Daringer usually creates for Griselda, though. The song features Philly’s Beanie Sigel, a fellow rapper for whom violence also affected his rapping ability as he now does so in a low, raspy voice. Other collaborations include Rick Ross and Lil’ Wayne on the R&B-inspired, Cosmo Beats-produced “Tear Gas”. The first single, “Piano Love”, is aptly piano-driven and spooky courtesy of the Alchemist:

Daringer alone reunites with Conway on the aforementioned “Drumwork”. Creating the usual Griselda soundscape of samples and dusty drums, Daringer also makes it an all-Buffalo affair by making room for verses from 7xvethegenius & Jae Skeese. Though recently more known for his work with Benny the Butcher, Hit-Boy laces the beat on “Wild Chapters”. Conway shows some vulnerability on the track when he confesses that he has a deceased son. Though Novel does the hook, the most surprising aspect of the track is T.I.’s inclusion, though a verse from him makes sense considering his status as the Rubberband Man. Novel himself actually helms the last verse, but his voice and penchant for singing are too reminiscent of Anderson .Paak. The second of three tracks consisting of just Conway is “Guilty”, where he takes listeners to his perspective of the night of his infamous shooting.

Daringer and Beat Butcha return on the menacing “Stressed”, where Conway is unusually introspective over the boom-bap production. He raps candidly about being stressed due to people, family, work, depression, and the seeming lack of empathy people have for his situation. He continues this theme on the J.U.S.T.I.C.E. League-produced, “So Much More”, a semi-autobiographical track backed by multi-tracked vocals and lyrical advice for navigating the rap game as Conway did. The second single is one of classic Griselda: Horror-score sounding production courtesy of Daringer, coke rhymes, detailed violence, and sports references. Entitled “John Woo Flick” and featuring Benny the Butcher and Westside Gunn, it wouldn’t be a Griselda album without this track:

Two of the final three tracks consist of hooks performed by known female artists. On “Chanel Pearls”, not only is the hook done by Jill Scott, but she also has a verse that’s half-sung and half-rapped. In-house poet Keisha Plum comes in to provide a spoken word assist on “Babas” with Daringer and Beat Butcha providing guitar riffs and off-rhythm drums in the production. The Alchemist helms the album closing title-track, where Conway includes a message from his mother (from whom the album title comes) and lyrically wonders about all the events that have happened to him since getting shot and contemplating whether it’s divine providence or not.

For the most part, the sound palette on “God Don’t Make Mistakes” is painted as dark and grimy which suits Conway’s visceral crime details. Though he isn’t from New York City, he’s got the grit to match it. Many of the tracks show off his penchant for detailed street life depictions with polysyllabic rhymes delivered in a veteran’s flow. The self-described muscle of the Griselda roster, Conway certainly comes off as a hardened street thug. Being signed to Eminem’s Shady Records didn’t hurt or cause Griselda to compromise their brand of hip-hop. In fact, Conway bears parallels with a certain Queens rapper who also signed to Shady, albeit 20 years ago. Like 50 Cent, Conway suffered bullet wounds that left him with a newfound fatalistic attitude and a new face. The difference being that Conway’s wounds left obvious lifelong changes to his appearance, and he’s made it work for him instead of being hampered by it.