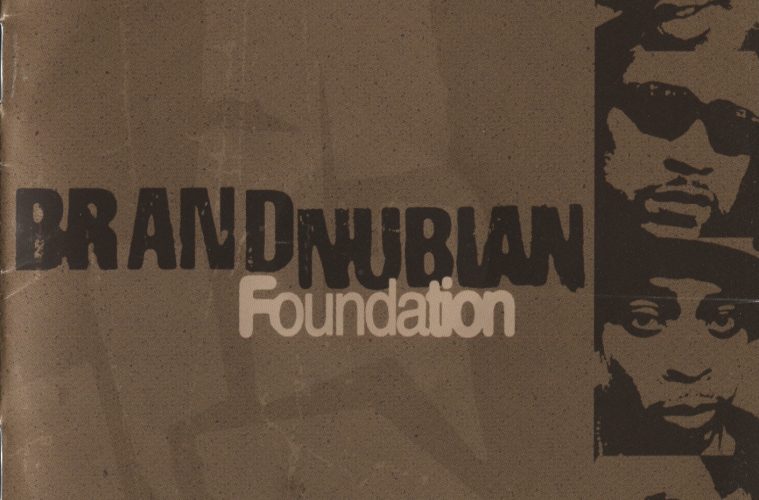 A triumphant return if I’ve ever heard one, and a solid return to the Foundation upon which hip-hop is built — these words accurately describes Brand Nubian’s aptly titled fourth album.

Even though the crew has been since 1990, founding member/lyrical maestro Grand Puba has been missing for the last seven years amid rumors that he and members Sadat X (then Derek) and Lord Jamar couldn’t stand each other and that Puba routinely skipped concert dates. Puba went on to sell decently as a solo artist with two good yet overlooked solo LP’s while Jamar and Sadat made the best of it with the brilliant In God We Trust and the horrid Everything is Everything. Having had the time apart to put aside their differences and a couple of stabs at a reunion on soundtracks in ’97, Brand Nubian can now return to their finest form at the time when they are needed most.

“We put it down with Premier, rock mad army gear
You ain’t heard us all together in, several years
It’s like a federal crime, you had to settle for rhymes
that lacked substance, we got that in abundance” – Lord Jamar

How true. Years of medocrity may taint the ear and make this album sound more lovely than it really is, but let it not take away from what the reunited Nubians have accomplished: a comeback album as good or better than anything else they’ve released. Not even hip-hop legends EPMD and Run-D.M.C. could accomplish this feat, but the Nubians succeed where others before have failed.

Their secret? Beats and rhymes. Tracks by Premier, Alamo, Lord Finesse and others shine like baguettes and lyrics take a stab at real issues from police brutality to respect for black women. The first single, Don’t Let It Go To Your Head, is a perfect example. The refreshing musical vibe is highlighted by verses from Puba, Sadat, and Jamar on how to avoid the pitfalls of life and the music industry. Jamar surprisingly has the best and last verse of all three in which he chastizes rap artists who drop a hot single and think they’re on top of the world: if you don’t stay on top of your game and drop a solid album, that’s the end of your career.

This advice might sound hackneyed and cliche coming from other MC’s, but as rap veterans with a decade of experience under their belt (Puba in particular already had a career with Masters of Ceremonies before joining Brand Nubian) the messages ring true and are delivered with more than competent craftsmanship. Puba’s rhymes in particular are witty and snappy in the braggadocio tracks and loaded with serious mental jewels in songs such as Maybe One Day, his stirring duet with Common Sense.

Like Milk and Giz, What More Can I Say? Anybody who weathered the interim years from Brand Nubian’s classic debut album until now will find their patience richly rewarded. Easily one of 1998’s best albums, Foundation will find much rotation in your tape decks, turntables, and disc players for the rest of the year and beyond.