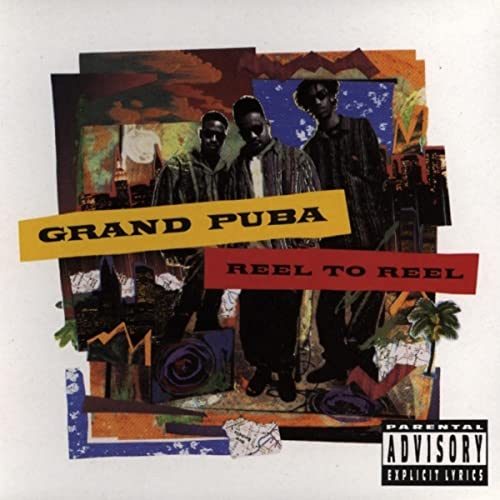 “Now brothers want to diss because it’s my turn to burn
My best advice for the brothers is to sit back and learn
I don’t diss nobody to be somebody
I just like to kick the flavor to make the people party
See all I’m saying is respect due
Those who tried to follow, sorry I left you”

In a previous review I referred to Brand Nubian being in an “awkward position” following Grand Puba’s departure. For the rapper born Maxwell Dixon though there was nothing awkward about it at all. Puba had already been in one group (Masters of Ceremony) that didn’t pan out, and since he was only with his second group for as long as his first (one album) he had no obligations from his perspective. Fans may have wanted him to stay in Brand Nubian because the trio had a stellar chemistry on records, but the professional disagreements that led to his departure suggest that wasn’t feasible in the short term — maybe later on they could work it all out.

When Puba stepped off to go solo he had a lot of things going for him. First of all he had the buzz as being the most lyrically proficient member of two different groups. Second of all when Puba stepped out of Brand Nubian, their DJ Alamo stepped off to roll with him, meaning Puba didn’t have to go it all alone. Third of all his friendship with Dante Ross opened a lot of doors that might have been closed to other folks. Ross was a power broker in the rap world at a very young age, having signed numerous rap acts to first Tommy Boy and then Elektra Records, and the latter was where “Reel to Reel” would find a home. Ross got an executive producer credit as a result, but he was also one third of the Stimulated Dummies, meaning he and the crew got wreck producing beats for Puba’s solo debut.

There’s an undeniable charm to tracks like “Honey Don’t Front” as a result, a track where the gifted emcee uses that gift of gab to charm a lady friend to have some consensual sex. The sample that seemingly references Black Sheep’s “The Choice Is Yours” in the middle of the song is not an accident. Puba also illustrates why creative differences with the more conservative minded Five Percenters of Brand Nubian was probably inevitable: “We can get this 40, step to the corner and get this blunt/and ain’t no need to front.” That’s not to say Grand Puba Maxwell isn’t a righteous brother, but he’s certainly not abstaining from alcohol, marijuana, or getting some trim. When he was in the mood to do the knowledge though tracks like “Soul Controller” proved he could do it with the best of them.

The truth to “Reel to Reel” though is that it’s a much less strident form of wisdom. Puba can do the math, but he can also croon soulfully on mellow self-produced tracks like “Baby What’s Your Name?” Instead of being pigeonholed as a rapper whose intellect puts him at odds with his audience, Puba kicks the “big kid flavor” as he describes it in a playful, charming manner. It’s that same charm that makes it little surprise he’d do a duet with Mary J. Blige on his second single “Check It Out,” at a point where Blige was only just starting to become a huge R&B superstar. She seems naturally comfortable going back and forth with Maxwell, unintentionally setting a standard for the 90’s that Blige was THE hip-hop R&B artist you could trust to get it and respect rap records. “You know you know you know, Puba knows, how to flow.” Yes he does and not just with Mary J. either — he also rocks with the Brand New Heavies too.

While the song originally appeared on “Heavy Rhyme Experience Vol. 1” (why was there never a Vol. 2) its inclusion as a bonus track on “Reel to Reel” is entirely welcome as Puba vows to “move it for the 90’s and the year 2000,” an incredibly farsighted comment to make in 1992. That’s emblematic of the album as a whole though. The uptempo funk and flow of “Lickshot” seems just as timely in the new century. “Proper Education” is even more apt for the current #BlackLivesMatter era, as Puba tries to break down all the subconscious barriers to positivity over a reggae beat.

You can agree or disagree with the point he’s trying to make, but his convictions are as strong on his raps with them as his mack game is on the songs where he just wants to get it on. That’s what makes Puba a compelling figure. He’s equally invested in having a good time while elevating his brothers and sisters at the same time, and while many rappers (or groups) have a hard time achieving both “Reel to Reel” proves it CAN be done. The most telling thing about songs like “360” is that Puba won’t diss nobody to be somebody. He clearly could have used this album to air all of his grievances with Brand Nubian, and given his lyric writing ability and melodic oratorical flow it would have been dope, but he takes the high road and says nary a word about why he split. I think there’s a lesson in what Puba did here for all of us.