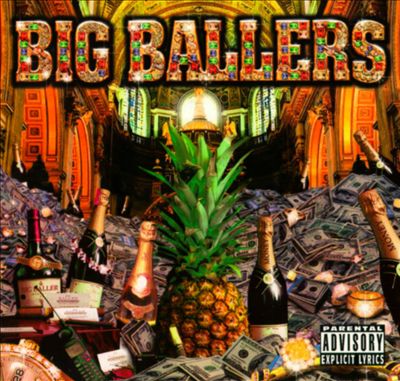 You’ve probably never heard of M.IN.T. Squad, Po Boy, Kedash, Family Ties, South Coast Ballers, or Lady Dice. I hadn’t either. I wonder if anybody on the “South Coast” they claim has. No matter. You can still make a come up from “never seen” to “makin green” if your music is some good shit. IF. At least the liner notes list the “Rap Order” so you know who these people are — makes it easier to remember whose verses to skip over later on. Also, no UNNNNNGH’s, Thank God!

M.IN.T Squad’s “This is How It’s Going Down” is musically smooth, even though the lyrics go in one ear and out the other. Typically braggadocio shit like “Disrespect up on my click you get cut like a C-Section” do little to move me. The good part is the second to last emcee, Jackal. He had an interesting hyperactive rhyme style, complimented by a reverb that sounded like the devil growling.

“They Don’t Live Long” features Trick Daddy Dollars, who is actually from a different label. This song is a mournful tale of living fast and dieing hard in the hustle. It’s an adequate impersonation of Master P track with better beats and a much better rap.

“Bitch Made Niggas” puts the Casio SK-1 “synth slide” to the test. Po Boy says “None of your shit be goin platinum” but he’s talking about himself.

“Dreams of the Ghetto” perpetrates an insult to hip-hop history by turning LL Cool J’s “I Need Love” into gangster rap. Singer Betty Wright does her impression of a cat being stangled to death, while M.IN.T. Squad kicks forgettable rhymes. The people who dreamt up this nightmare deserve to be locked in a closet for a week with nothing but “Radio” and “Paid in Full” to listen to.

“Paper Chase” once again features aptly named Po Boy, who fucks it up by talking about every cliche of gangster rap known to man, from drinking Cognac to smoking marijuana to driving expensive cars. He should probably teach “How to be a Stereotypical Gangsta 101” — he’d make more money than his rapping career. Does he really drink “Tanqueray and Sprite all night”? “My mind on my money and my dick on my pussy”? Put it down, you wannabe Dr. Dre.

“Ballin” is a bigger insult than “Dreams” was — M.IN.T. Squad ruin Curtis Mayfield’s “Superfly” with no shame. He should sue.

“Riding High” did feature an MC who impressed me as clever: S.A. raps “Niggaz get wet, like takin a shit, with the seat up.” Too bad his comrades aren’t that smart.

“Bound to Happen” spells relief like a bottle of Ex-Lax after a bag of White Castle. The hyper ass track more than obliterates the MC’s on the song, and sounds more appropriate for the likes of somebody such as Mystikal. Still, it redeems my ears.

Somebody should tell Family Ties that they spelled “Platinum Placks” wrong, but I doubt they care. After hearing this attempt at a late 70’s/early 80’s flashback, I don’t. Fortunately, the album is almost over. J.T. Money and and Lady Dice finish the album by ripping familiar funk grooves, which makes “Fire Up This Funk” and “Ain’t No Stopping Tha South” listenable but forgettable.

Whew. I’m glad that’s over with. Thank God I didn’t get past the inner ear. Now somebody pass me a towel to stop the bleeding?