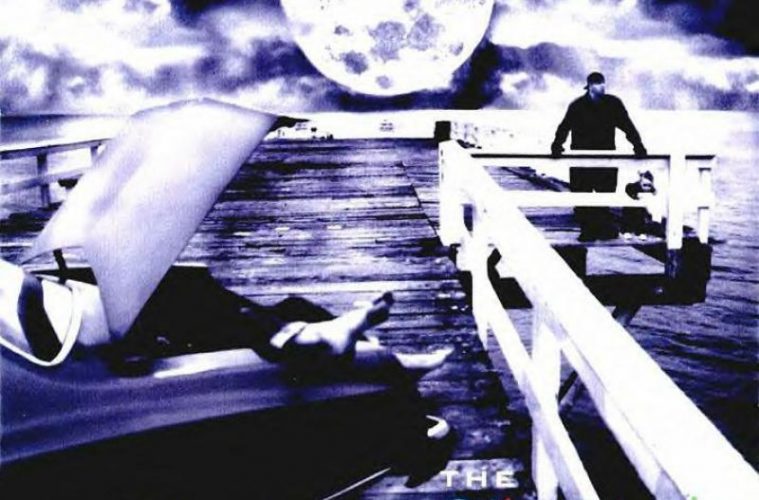 Every dog has his day, and Andy Warhol said every man would have fifteen minutes of fame. So is Eminem’s bark worse than DMX’s bite?

By now everybody knows that Eminem is that “crazy white rapper from Detroit” so let’s get that shit out in the open and to the wayside right from jump street. This is not an open letter of apology by Mr. Mathers to everybody for not being black, and why should it be? Who would want to listen to a whole album where Eminem spends his whole time defending his right to rap? It would be pretty boring.

One thing you can not say about his full-length debut on Aftermath is that it’s boring. And, if like me, you’re the kind of person who actually LAUGHS during aNightmare on Elm Street movie, you’ll probably like this album. 98% of what Slim Shady says is sick, twisted, and perverse.. the other 2% is the boring skits which have no comedic value next to his grotesque raps and seem even less worthwhile than most album skits usually do. But don’t let that stop you from listening to this album — the only thing that could do that is a weak stomach.

I get a clean shave, bathe, go to a rave/ Die from an overdose and dig myself up out of my grave/ My middle finger won’t go down, how do I wave?/ And this is how I’m supposed to teach kids how to behave? -> “Role Model”

Despite my tendency to want to dismiss Eminem based on his whiteness and his overwhelming tendency to rely on shockcore tactics, I have to admit the album impressed me. Anybody who can pull off the multiple personalities Eminem does on “Brain Damage” and “My Fault” is worthy of the 1999 Slick Rick Golden Mic, and the beats on songs like “Rock Bottom”, “Role Model” and “Still Don’t Give a Fuck” are head nodding.

Susan, stop cryin, I don’t hate ya/ The world’s not against you, I’m sorry your father raped you/ So what you had your little coochie in your dad’s mouth?/ That ain’t no reason to start wiggin and spaz out -> “My Fault”

Bottom line? It’s funny, at least to me. The easily offended shouldn’t buy this album. And musically, it’s better than I expected, although far short of perfection. But as a whole this album is definitely worth the $11.88 purchase price.