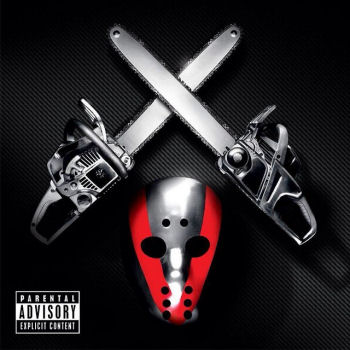 In what essentially amounts to a glorified dick-measuring contest between Eminem and his employees who clearly have little interest in participating, “Shady XV” is an odd compilation that celebrates fifteen years of artist mismanagement, mediocrity and ignoring anyone not called ‘Marshall’. Yes, there are a few interesting beats, choruses and incredibly dense passages of impressive rapping for the sake of it – but there is precious little that makes this essential listening, and even less that makes it relevant, especially after the head honcho has ruined the fun element by taking things too far.

Of course, Eminem fans will protect their man to a fault. You can get away with whatever you want, especially if an MC is ‘playing a character’ – OK then(!) Well, no part of rapping about raping Iggy Azalea is funny, shocking or acceptable. It’s just disgusting, outdated and, well, we all know what happened to the dinosaurs. The song selection is generally pretty poor, and barely showcases artists effectively. Arguably, a handful of songs do a good job, but one of them – “Guts Over Fear” – finds Eminem asking why he’s rehashing the same song over and over again (then why even release it?). Another is technically a bonus song, Yelawolf’s incredible “Till It’s Gone”, which is far better than the first-choice Yela track “Down”.

It opens with the title track, where we find Em rapping continuously for so long that the engineer has to fade his microphone out – of course, it’s meant to signify that Marshall has bars for days, but the relentless nature of it gets a bit too much and god bless the person who slid that knob downwards. “Psychopath Killer” has a great beat and chorus, but is let down by predictably melodramatic lyrics. “Die Alone” sounds like a “Recovery” outtake – decent enough but a poor fit – and “Vegas” has very few redeeming qualities. Slaughterhouse’s ” Y’all Ready Know” finds the foursome combining to good effect with DJ Premier, an obvious highlight and in direct contrast to rest of “Shady XV”. “Guts Over Fear” finds Sia killing the chorus, the beat holding interest well and a thoroughly mixed bag from Em lyrically/conceptually.

Almost the entire second half of the first disc is below par: from “Down” to “Right For Me”, it’s just feels so pointless (and this is after multiple listens). Luckily, things perk up with the diverting “Detroit vs. Everybody”, featuring an excellent verse from Big Sean in particular. And as mentioned before, if you can get a hold of the European bonus track – Yelawolf’s “Till It’s Gone” – then do so: it’s a stunning tour de force from a truly unique artist. He frequently gets a rough ride, but Yela is hella talented. The second disc consists of hits from the Shady Records vaults, relying heavily on 50 Cent in particular: “I Get Money”, “Wanksta”, “P.I.M.P” and the enormous “In da Club”. There are the three biggest D12 joints, some Obie Trice (blast from the past) and the rest of the songs are generally provided by other current Shady artists. It’s a decent disc, but it’s heavily propped up by 50’s megahits and, of course, “Lose Yourself”.

When push comes to shove, there are a handful of decent songs on the first disc, another palm full of genuine hits on the second disc and that’s about it. It’s unsurprising that the massive Shady fans out there will enjoy whatever Eminem decides to release, and they’ll always lap it up. Whether that’s enough to convince new purchasers that the Shady stable is capable of interesting releases or not, will only time will take. “Shady XV” seems like it was made for: diehard fans of Marshall; and fresh kids who don’t know no better. Otherwise, you’ll probably have forgotten about the album by 2015, and 95% of the label’s energy will soon be diverted to the next Eminem solo LP all over again.