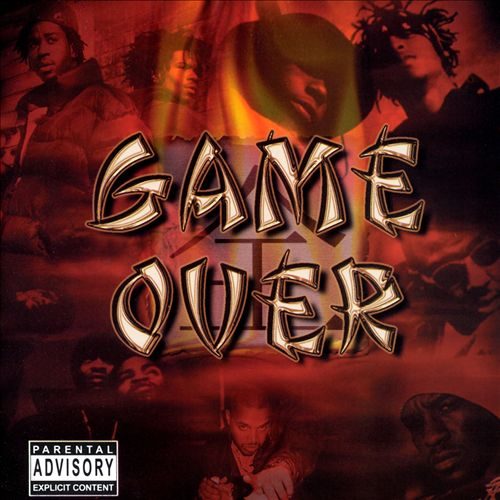 If you remember “Pac Man Fever” from the 80’s, you’re in the right place – but it’s time to step up to the next level. Take the warp pipe past the 90’s straight into the 21st century “Game Over” compilation album on Yosumi (yes, pronounced “Yo, SUE ME!”) Records.

That’s not to say that producers DJ Rob and Domingo don’t get old school in their sampling choices. Classic Nintendo games like Mike Tyson’s Punchout and Super Mario Bros. show up in the beats to “Punch Out” and “Super Brooklyn”, respectively. Other cuts step to the 90’s for their bites, such as the fighting action of “Hellbound” (featuring Eminem) or samples of the Simpsons on the Masta Ace solo joint “Spread it Out”. Quite honestly, there’s a few samples I can’t place that may OR may not be from video games; such as the surprisingly clever duet between JnJ Project and Mista Cheeks on “Puff Harder” or Project’s independent cut “Chica Bonita”.

Like most compilations, this album tends to vary in style and quality throughout. Truthfully nobody is checking for any rappers from Group Home nor their song “Roll Wit Me”, or the raps of Illa Noize on the cut “Who R U?” On the other hand, newcomer Dhark Citi acquits himself nicely on “Petrified”, and the underrated Cocoa Brovas pop up several times throughout – on the aforementioned Nintendo-laced tracks as well as the beautiful (haunting) “You Can’t Take Me Out” and the compilation’s title track.

More than anything this album is held back from a much higher status by the “Yosumi Game System” skits which are mildly amusing the first time and positively annoying immediately thereafter. If you don’t buy the compact disc and skip through them, I guarantee they’ll be downright tedious. Regardless this album was a concept long overdue after the amount of rappers from Beanie Sigel to El-Producto whose raps have been laced with video game beats. It works conceptually and when applied literally; either way you’ll be glad to cough up another quarter for one more spin.