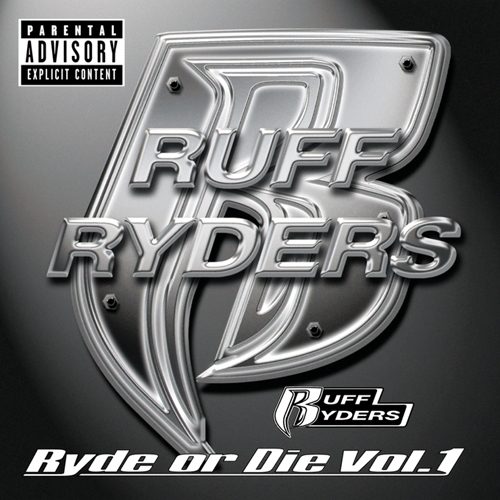 Yes, you don’t have to tell me – I know. This album came out months ago. However, we’ve had three different singles from this album pop in the hip-hop top ten (at least on BET) in the last three months; and since a regular visitor to OHHLA asked me to comment on it, I figured I’d do my duty and let you know if it lives up to the hype.

Well, let’s qualify that statement. If you’re into 1999’s version of “hardcore” which roughly translates to “music with simplistic beats which are mostly catchy and shit-talking raps that are mostly forgettable” then this is the epitome of the genre. And for at least the first five songs of this album, they actually hold it together pretty well. Even though “Ryde or Die” is a pretty blantant rip-off of EPMD’s “Headbangers” it still comes across listenable. More notably, this is the song that made the phrase “What Ya Want” by Eve notorious. Since the album’s second single and her “official” solo debut was given this title, it’s pretty obvious they planned this to be her catch phrase in advance. Who could complain? “What Ya Want” is actually the best song on the album. Eve is credibly talented as a female rapper, and the latin-esque salsa style beat on the track is quite snappy. Unsusprisingly though, Eve has to prove she’s the “real bitch” by being just as machismo as the male Ruff Ryders; a trend that I am beginning to find quite tiresome.

The third single is the chart rising “Jigga My Nigga” by none other than Jay-Z, which is really not a stellar lyric performance by any stretch of the imagination but will probably get over on the strength of name recognition, a sing-song chorus, and a tolerable backdrop provided by Swizz Beats. The only good line in the whole song is when Jigga says “I remain y’all, more than one, like five divided by four.” At least if his rap career washes up, he can go into accounting.

By the time you get to this point in the album, most of the rest of the songs are forgettable, interchangable, or both. The only exceptions I would make to this rule are Parle’s interesting hardcore R&B “I’m a Ruff Ryder” which shows some serious potential for a Dave Hollister style career, and the obligatory Big Pun cameo on “Pina Colada” by Jadakiss. Commercial rap album with a hispanic song title? Who else would it be?

This album simply can’t overcome it’s most basic flaw – a tendency for Swizz Beats to make tracks that are about as generic as a bag of honey roasted peanuts. Even if they taste good, they’re the same throughout. Coupled with the fact that rappers like Drag-On, InfraRed, and Sheik all sound like DMX’s answer to Bad Boy and it’s hard to find anything Ruff about these Ryders at all. The mostly likely response listening to this album will elicit is a fat yawn.