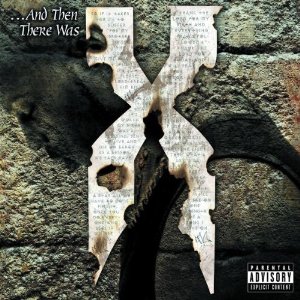 You certainly can’t fault Earl Simmons for his work ethic. This, his third album in under two years, gives the fans more of exactly what they want from the living reincarnation of Tupac Shakur. You could almost call this album “Die Harder” or maybe “It’s Gotten More Dark and Hell is Even Hotter Yet.”

This isn’t necessarily a bad thing – DMX has a formula that works and there’s no reason he shouldn’t stick with it. When paired with the kind of excellent beats Swizz Beatz provides on “One More Road to Cross” and “Party Up”, Irv Gotti does on “What’s My Name?” and “Angel”, and most surprisingly by Nokio on “What These Bitches Want” which also features Dru Hill member Sisqo on the hook, DMX’s mostly nihilistic style works. The latter song is one of the best ever blends of hardcore rap with smooth R&B has ever heard; possibly better than K-Ci and JoJo on E-40’s “Rappers Ball”.

The best track though for better or worse also happens to be the album’s lead single. The Timbaland-esque style of “What’s My Name?” showcases D’s potential to set it off on any kind of beat, and the slamming grand piano chords provide the perfect accent to D’s STOP-STOP-STOP and flow rhyme pattern. This is the kind of rowdy New York anthem that even the most hardcore Southern rap fans have to love: it’s DEFINITELY designed to Tear Da Club Up.

The album is not without it’s miscues. It comes as slightly ironic that DMX would diss wealth in “More 2 a Song” after having given Jay-Z props less than a minute earlier – plus a weak beat really saps the strength of an otherwise powerful message. “Fame” is decent musically but is so lackluster in it’s “the streets are a motherfucker” moralizing that it’s album filler. “Don’t You Ever” may in fact be the most horrifically bad beat DMX has ever rhymed on, and we could have down without stupid skits like “The Shakedown”.

The conclusion one must draw after listening to this album is that DMX is definitely a talented rapper (whose raps about God in his life are surprisingly convincing and personal) who has yet to reach the full of his potential. With a demanding audience who expects him to turn out product every nine months and convincing album sales that reflect this pent up thirst for D, he may never actually get the time and introspection he needs to pen a perfect release.

DMX :: ...And Then There Was X
7Overall Score
Music6
Lyrics8