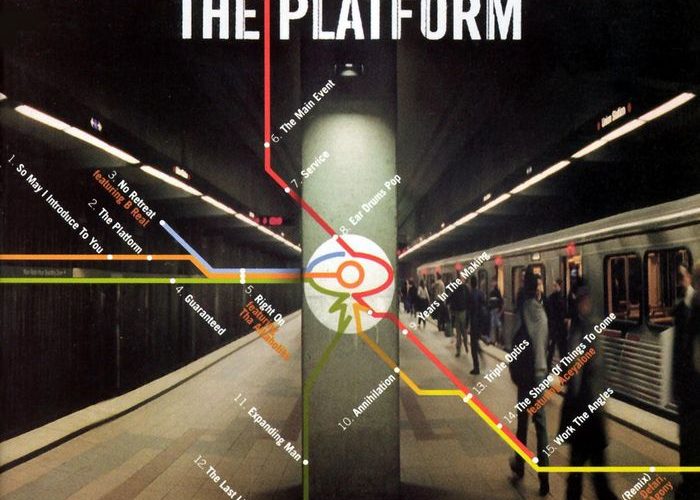 They say a watched pot never boils; but Dilated is the crew that proves that theorem is occasionally fallible. Easily one of the most carefully scrutinized groups in the hip-hop underground, the Dilated Peoples have been EXPECTED to spit steam and flow all over the place until they blow; and Capitol Records has given them the perfect venue to do it – a full length LP.

Lyrics? Rakaa Iriscience and Evidence got that. Turntable skills? (The World Famous Beat Junkie) DJ Babu got that. Beats? Hell yeah. With production from Ev plus guest outsiders like The Alchemist, T-Ray, E-Swift and Kut Masta Kurt, the sonic boom should be audible from California to Russia. The smooth snappy funk of “Annihilation”, the pure peanut butter chunk of “No Retreat”, the Likwit Flows (on beats AND rhymes) of “Right On” and moaning pianos and pussy (cats) of “Triple Optics” should be a winner to any hip-hop head.

DJ Babu’s strong presence throughout is both the glue holding the crew together as well as the extra hip-hop element which takes their official full-length debut from “pretty good” to “something special”. “My DJ so nice, he don’t slice, he SEVERS,” raps Iriscience and Evidence on “Service” and they’re dead right. The only time he gets a run for the money is when DJ Revolution shows up to “Work the Angles” but even this one-shot skill display can’t put the Beat Junkie to shame.

The downside, if there is one to this album, is that Dilated seems to at times rely on formula: sixteen bars, scratch, rhyme, etc. This tends to make otherwise strong cuts like “Ear Drums Pop” come off a little stale; however in the case of the latter they did an excellent remix with Defari, Planet Asia, and Phil Tha Agony. Having seen this one wonders why they couldn’t have included “RE-Work the Angles” as a bonus instead of leaving us some cryptic message about the San Diego Zoo. Say whaaaaaaaaaaaat? Obviously an inside joke.

The back cover to this album proudly declares that “all movements begin underground” and after an extended stint on the independent ABB Records, Dilated Peoples look set to prove that true. Now it’s up to a record label who is better known for stealing the Beastie Boys from Def Jam to prove they know how to market a modern hip-hop group with strong underground credentials and the beats and rhymes to back it up. All movements may begin underground but they can also end there as well if not carefully planned. Dilated seems to have found the right time though to strike, and the iron is not just hot it’s BLAZIN.