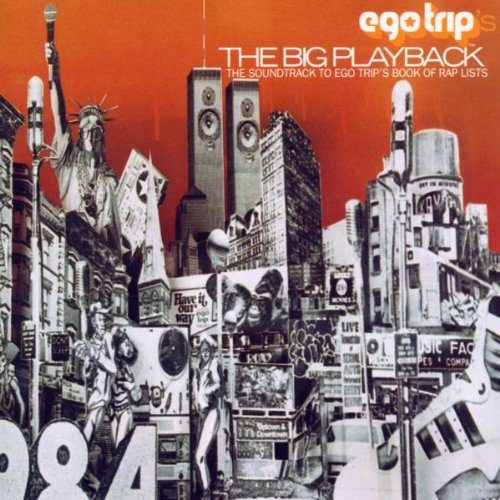 Most compilation albums and soundtracks end up being stuffed with second-rate hacks and songs that weren’t worthy of making an album. Once in a while you’re blessed with a decent group of songs that would be near-perfect if four or five weak songs were cut out. If you’re very lucky, you come across a compilation where every song is a banger.

Consider yourself lucky – the former hip-hop tome Ego Trip has released a compilation on Rawkus dedicated to every old school song and artist that was slept on. You may be surprised at what you recognize just from what it’s been sampled in; such as the opening cut “Holy War (Live)” by Divine Force. Any GangStarr fan will recognize Sir Ibu’s line “individual with intellect” from a DJ Premier scratch. When you check out MC EZ and Troup’s “Get Retarded” you’ll catch the holy ghost TWICE: yes, that’s Craig Mack, and you’ll no doubt recognize the sample “this is the year to make money and be chillin” from your contemporary rap catalogue.

There’s not a bad song on this album – that’s saying something for any compilation, but when Latee brags “This Cut’s Got Flavor” it really AIN’T no joke. Yes, long before 45 King was rocking the “Hard Knock Life” for Jay-Z this beat and Latee’s rap were a big hit in 1987 on Red Alert’s KISS-FM show. OH, did I forget to mention the EXTREMELY informationally packed liner notes? Learn how Ultramagnetic beatmaster Ced Gee hooked up with rap legend Grandmaster Caz for 1988’s “Get Down Grandmaster” and how graffiti celeb Jean-Michael Basquiat contributed to the ten minute magnum opus “Beat Bop” by Rammelzee and K-Rob.

This album is full of gems that almost never hit the light of day. Lord Shafiyq’s slamming “My Mic is On Fire” was only pressed to the tune of 2,000 copies. Do you own one? I don’t. Shafiyq might not even have one! This was his one and only single, but it’s chock full of flavor (he even compares himself to a PORK CHOP, believe it or not). Even if you have a favorite, like the early Diamond D produced Ultimate Force cut “I’m Not Playing” or the seminal Positive K classic “Step Up Front”, you’ll find yourself hardpressed not to enjoy the entire album. Only a true old school East coast PLAYA HATA could not enjoy hearing these classics pressed on to one CD for pure aural enjoyment.