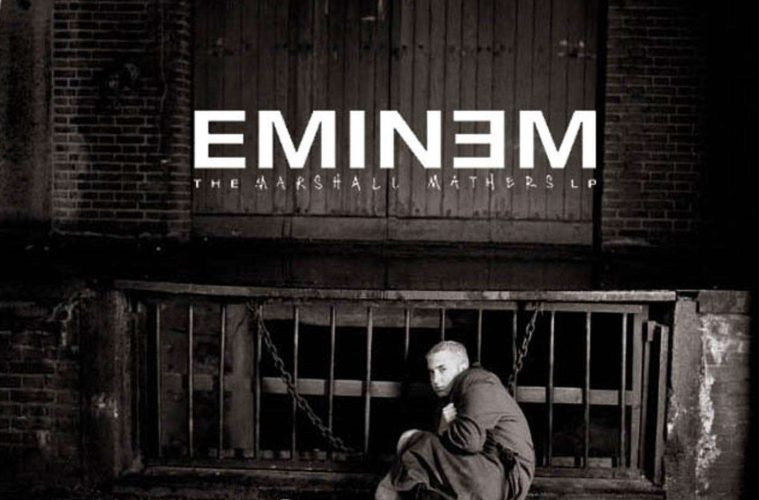 The rapper is no stranger to controversy. Perhaps the most infamously well-known white boy in rap since Vanilla Ice and/or Marky Mark; the man born Marshall Mathers brings something to the table neither had – credibility. Years in the Detroit underground (with one mediocre album and one good EP) makes Eminem respectable in a genre which has forgotten what it means to pay dues. That alone would not an excellent MC make; many rappers who pay dues for years are still wack (see Rawkus’ own Shabaam Sahdeeq). What has made Eminem notable, besides his controversial lyrics, is that he is an MC’s emcee held in the same regard as Pharoahe Monch and Ras Kass. Where other crossover rappers like DMX and Black Rob rely on gimmicks or a catchy chorus, Eminem would rather be known for the best rhymes and the best flow – even if as a white rapper he has to work twice as hard to prove his shit.

Eminem takes the challenge seriously, and “The Marshall Mathers LP” is the response. Make no mistake, he’s firing back with both barrels on this release and you’re ALL gonna get some – including Eminem himself. You got it – in a rare display of self-effacement and ironic humor, Eminem often makes himself the butt of his OWN humor cum wrath. On “Who Knew?” Eminem tells people to “read up, about how I used to get beat up peed on, be on free lunch, and change school every 3 months.” It’s a Hard Knock Life. Elsewhere he mocks his own fame on “I’m Back” with the lines “Became a commodity because I’m W H I – T E, cuz MTV was so friendly to me.” I guess Carson Daly gets no love here!

Eminem spreads the venom around like a rabid cobra. On “Criminal” (as on many songs throughout) he mocks homosexuality with the lines, “Hey, it’s me, Versace – whoops, somebody shot me! And I was just checkin the mail; get it? Checkin the ‘male’.” Then boy bands catch some on “The Way I Am” when he raps, “I’m not Mr. N’Sync, I’m not what your friends think, I’m not Mr. Friendly, I can be a prick.” He can? DUH, like that was a surprise. The beats are taken care of by Dre and various guests, most surprisingly the 45 King on the (yes) touching “Stan” where Eminem paints a vivid portrayal of a fan who crossed the line and experiences personal tragedy in the process.

The combination of the beats, humor, and even the shock value of this album keep you coming back for more – but what’s surprising is that Eminem also took the time out from being wicked to actually make a point about parental and media hypocrisy on “Who Knew” among other songs. Has anybody ever made the point this well before?

“Last week, I seen a Schwarzaneggar movie
where he’s shootin all sorts of these motherfuckers with a uzi
I sees three little kids, up in the front row,
screamin “Go,” with their 17-year-old Uncle
I’m like, “Guidance – ain’t they got the same moms and dads
who got mad when I asked if they liked violence?”
And told me that my tape taught ’em to swear
What about the make-up
you allow your 12-year-old daughter to wear?”

If you’re an Eminem fan, this is the album you’ve been waiting for. If you’re an Eminem hater, this is the album you’ve waited for too. Eminem is unapologetically shocking in the same way that television’s “South Park” is (in one song Em even calls himself a twenty-six year old skinny Cartman) with the same hidden agenda – don’t be so damned quick to let some nasty humor and foul words get in the way of appreciating the REAL message – it’s all entertainment and it really hurts nobody. Sure, you wouldn’t want your little kids to listen to “Kim” but if they are is it really Eminem’s fault? Parents love to blame everybody but themselves, a selfish byproduct of the “me generation” in full hypocritical flare. Eminem uses his formidable rap skills to pull cards because he takes no shit and like he said three years ago, he just don’t give a fuuuuuuuuuuck! Consider yourself warned.