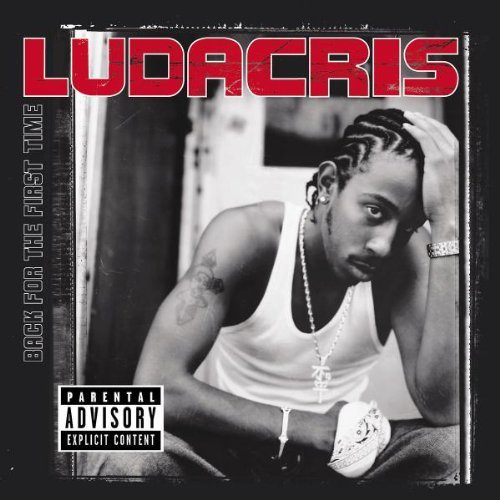 Ludacris :: Back for the First Time

If you’re catching a case of deja vu even though Ludacris is a “new” recording artist, there is a good reason. Luda has been kicking around the industry for a minute, and keeps popping up all kind of places because of it. If you didn’t catch him on Timbaland’s “Fat Rabbit” from T’s “Bio” album, then maybe you heard him rapping the opening theme for “John Madden 2000” on the Sony Playstation. Luda has finally blown up big time though with the single “What’s Your Fantasy” and copped a record deal with the newly minted label Def Jam South. With the current national revival of interest in “Dirty South” rap, now seems like Ludacris’ time to shine.

From the moment you put “Back for the First Time” in your tape deck or CD changer, it’s gonna be obvious that he takes no shorts. The first track “U Got a Problem?” has Ludacris chin-checking any offenders by offending right back in their face:

“I be that nigga named Luda
Alert, alert, it’s the ATL-ien intruder
College Park ‘Waterboy’, spit in the c-cooler
I +Jam+ to they +Def+, they call me Slick Dick Tha Ruler”

Sounding stylistically at home somewhere between Cool Breeze and Pimp C, Luda flows smoothly to this simple beat – in fact a little too simple. Shondrae of OTP Entertainment handles a lot of the beats throughout and is somewhat hit or miss. The symphonic “1st & 10” is a sure-shot winner, as is the haunting piano of Luda’s duet with U.G.K., “Stick ‘Em Up.” Shondrae did handle the first single well though and also holds it down for the “Fantasy Remix” featuring Trina, Foxy Brown, and Shawna.

On the whole this album would be at home on any Southern rap label. “Hood Stuck” sounds musically (and lyrically) like a Cash Money record, “Get Off Me” would fit in perfectly with No Limit, and the Organized Noise produced “Game Got Switched” could easily fit him in at LaFace or OutKast’s new imprint Aquemini Records; and OTP Entertainment even does a damn good impersenation of Bosko (think Too $hort and Ant Banks) on “Catch Up.” In fact on the basis of the beats it’s hard to pin down an identity for Ludacris. He doesn’t have his own sound musically, but not many rappers do these days.

Surprisingly, the only record that really doesn’t fit into Luda’s album is the Neptunes produced “Southern Hospitality.” After lacing both Mystikal and Jay-Z with number one hits this year, this track sounds positively weak by comparison. The buzzing sounds are no better than blowing your mouth through a comb with tissue over it, and the flute notes are simple and uninteresting. Ludacris still rips the beat, as he does throughout. To his credit he never loses energy in his flow on bad tracks, although he actually sounds pretty damn good over 4-Ize’s simple beatbox on “Mouthing Off.”

“I make niggaz eat dirt and fart dust
Then give you a $80 gift certificate to Pussies-R-Us
I eat the whole pie, and leave nothin but the crust
so you can feel what it’s like with instinct but no GUTS
A sac with no NUTS, or a mack with no CLUTCH
Give me a full body massage, I still can’t be touched!”

Ludacris definitely got somethin’ goin’ on throughout this LP, and anybody who liked “Fantasy” is definitely gonna be feeling this LP. For a debut that really isn’t a debut at all, Luda comes off strong and makes a good first impression for a division of Def Jam that will hopefully drop Southern rap hits for years to come.

Ludacris :: Back for the First Time
7Overall Score
Music7
Lyrics7